Change is inevitable everywhere, and it isn’t new to the hi-fi industry. Hi-fi continues to change, mostly as a result of shifts in consumer demand. In the time I’ve been into hi-fi, the major shifts I’ve seen have included moving from the LP to the CD as the primary music source, and now to downloads and streaming -- and, for some, back to the LP. On- and over-ear headphones went out of fashion; now they’re back in. But the shifts we’re seeing in hi-fi today cut right to the core, since they involve the very kinds of systems we use to play recordings.

Visit as many manufacturers as I do and you’ll hear tale after tale of how sales of traditional hi-fi products -- preamplifiers, amplifiers, standalone speakers (particularly big, boxy ones), etc. -- are way down. These have been -- or were -- the staples of the hi-fi scene for longer than I’ve been part of it; but now, fewer people want them, and no one I’ve talked to seems to think this trend will end. It’s not just a few manufacturers saying this -- it’s almost all of them. But while some merely complain, others are taking action to remedy the situation by coming up with new types of products that consumers are demanding -- products the hi-fi world hasn’t seen before.

This changing marketplace was a hot topic at the McIntosh Group’s convention in Sardinia, Italy, attended by some 200 people: 100 or so dealers and/or distributors, and the rest more or less equally divided between the audio press and McIntosh Group staff. In last month’s column, I described the products unveiled at this event, but mainly focused on Sonus Faber’s new Sf16, a luxury-grade, compact, all-in-one sound system that was the star of the show, and was being presented as SF’s first crack at a product designed to appeal to those who want high-end sound in small spaces but don’t want separate components. The main enclosure, which houses the bass drivers and electronics, and into which the satellite speakers retract when the Sf16 is turned off, measures just 25.2”W x 8.8”H x 16.1”D. With the satellite arms extended, the width is about 43”. The Sf16 isn’t the first compact uni-system the world has ever seen, but at its price of $10,000 USD, it’s the most expensive one I’ve ever encountered. 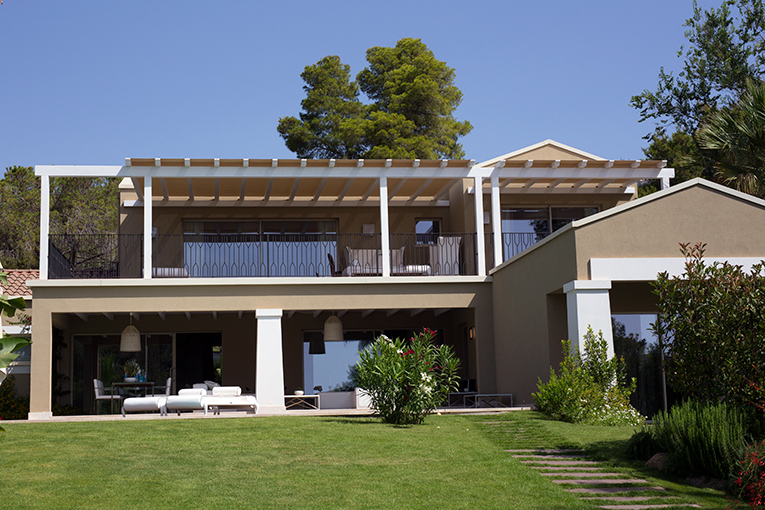 Sonus Faber had set up two Sf16s in a villa within the Forte Village resort: one in the dining area, the other outside on the patio, both using as a source the SF’s built-in Play-Fi streaming feature, which supports playback of PCM signals of resolutions up to 24-bit/192kHz, wired or wirelessly (the latter via Wi-Fi). Both Sf16s were controlled through a single iPad running the Play-Fi app. (Though primarily designed for wireless streaming, the Sf16 also has RCA analog inputs and coaxial and TosLink digital inputs for hooking up external sources.) I listened to both Sf16s, and since then have read some comments about it posted on the SoundStage! Network’s Facebook page. Some of those comments were positive; others weren’t:

Matthias Stuer: Is probably built for under a 1000. If it was maybe 2K I might of thought the concept could be something but at this price it’s just ridiculous. With speakers this close together you won’t be able to get decent imaging out of it. And as mentioned you can build a kick-ass system that will probably sound 5 times as good for that money.

I don’t know if Scott Lowell was talking about separates, or if Matthias Stuer meant €1000 or $1000 USD, but it doesn’t matter -- such comments from serious audiophiles are understandable. If sound quality is your only concern, other, better-sounding options are available. 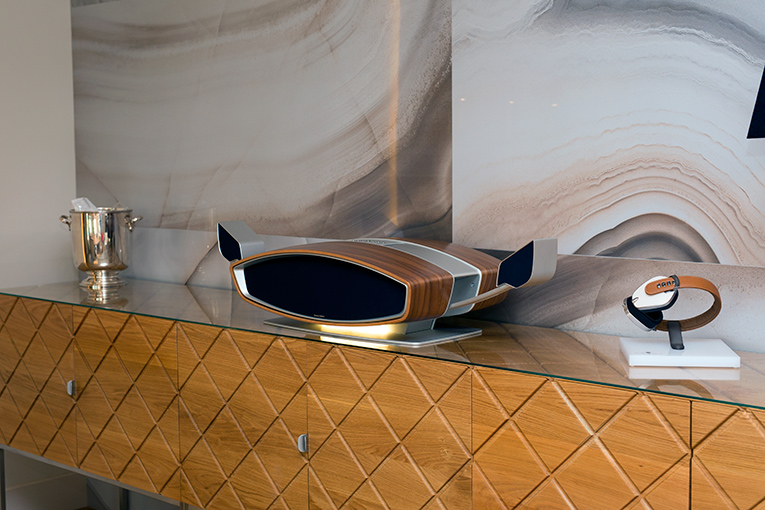 The Sf16 sounded very punchy and clean in the bass, which extended down to a respectable 60Hz or so; extremely clear in the midrange, which lent itself very well to voices; and much more spacious than its small size would indicate. To my ears, that much spaciousness from so compact a system was the Sf16’s biggest trick, and it’s what I most liked about its sound -- it made the Sf16 sound quite a bit bigger than it is. SF has achieved this with woofers, midranges, and tweeters that fire front and rear; the listener hears a blend of the direct sound from the front-firing drivers with plenty of sound produced by the rear-firing drivers and reflected by the wall behind the Sf16. According to SF’s acoustical designer, Paolo Tezzon, they’ve trickled down the technology from their flagship speaker, the Aida. 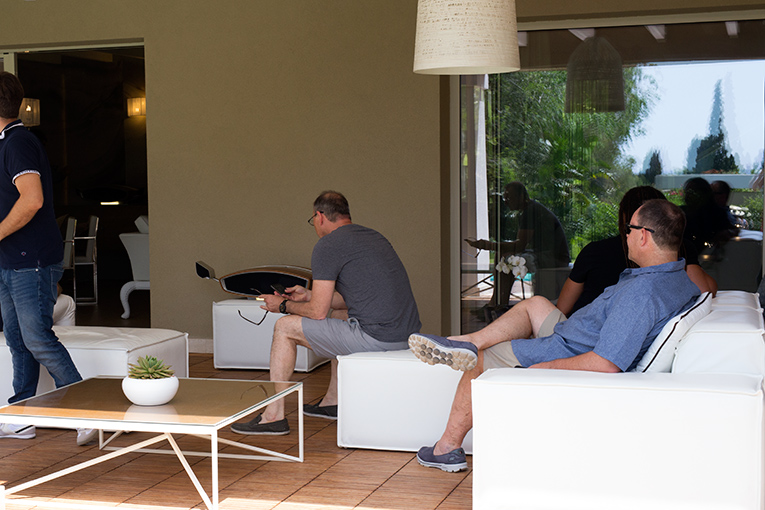 That said, Matthias Stuer is right: You can’t get great imaging from speakers spaced just over 3.5’ apart. Although the Sf16 produced a big bubble of sound with some semblance of imaging -- voices were nicely centered -- there wasn’t the width of soundstage that can be created by two separate speakers spaced, say, 6’ to 8’ apart, nor the specificity of images on the stage.

Nonetheless, I think these Facebook posters have misunderstood what the Sf16 was designed to be: a complete sound system with modern features, such as streaming, that is built with high-quality parts, is styled superbly (Livio Cucuzza’s industrial design seems to improve with every new Sonus Faber product), and provides sound good enough that it can serve as a credible music system for a living room, dining room, bedroom, or similar. When I say credible, I don’t mean that it will sound as good as a typical hi-fi comprising separates optimally set up; I mean that it can provide sound quality that, for the Sf16’s small size, audiophiles can admire. 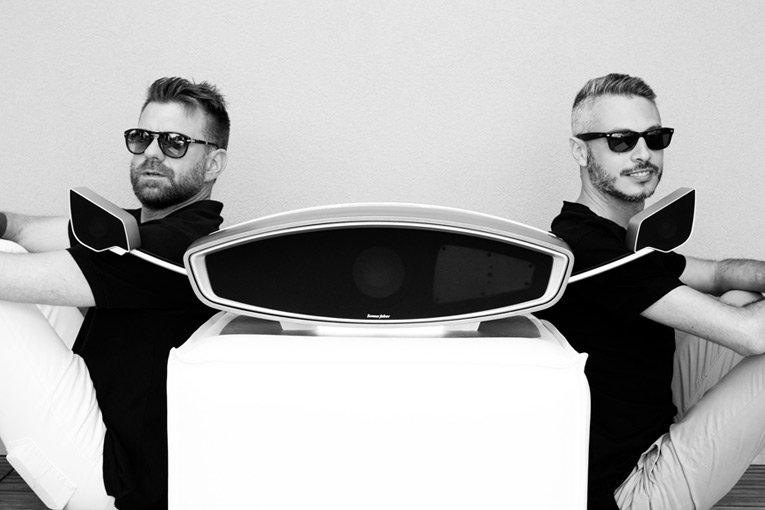 Once I understood that, it was clear to me that Sonus Faber hadn’t designed the Sf16 to replace a typical hi-fi, and that the 33-year-old Italian brand isn’t even close to moving away from its core business of making floorstanding and stand-mounted speaker models for all price ranges. Last year, they released the Chameleon line, and earlier this year the Principia series -- all very affordable traditional speakers. The most expensive of these is the floorstanding Chameleon T, for $2000/pair. Add an integrated amplifier, source, and cables, and you’re off to the races with a really good-sounding, full-sized stereo system for less than $10,000 total. Furthermore, during one of their presentations at Forte Village, SF showed a video with CAD renderings that hinted at what their new Homage speaker models will look like when they’re released in September. Knowing that this line will be priced above their existing Olympica series, which tops out with the III ($13,500/pair), and below the new Il Cremonese ($45,000/pair), I estimate that the Homages -- all conventional passive speakers, as far as I could tell -- will cost from $15,000 to $40,000/pair.

Of course, with speakers like any of those just mentioned, you’re back to a traditional hi-fi system, with all its complexity and need for space, not to mention cables running here and there. That’s fine if you want such a setup -- as do I and, I suspect, most of our readers. But for those who don’t, Sonus Faber can offer the Sf16 and expand their market share. What’s more, I wouldn’t be surprised if the Sf16 begins a trend of higher-priced all-in-one systems. According to McIntosh Group’s CEO, Mauro Grange, before the convention had concluded, SF had already sold two years’ worth of production of the Sf16 to their dealers and distributors. I think it likely that other manufacturers seeing that will probably feel it worth their while to follow suit. 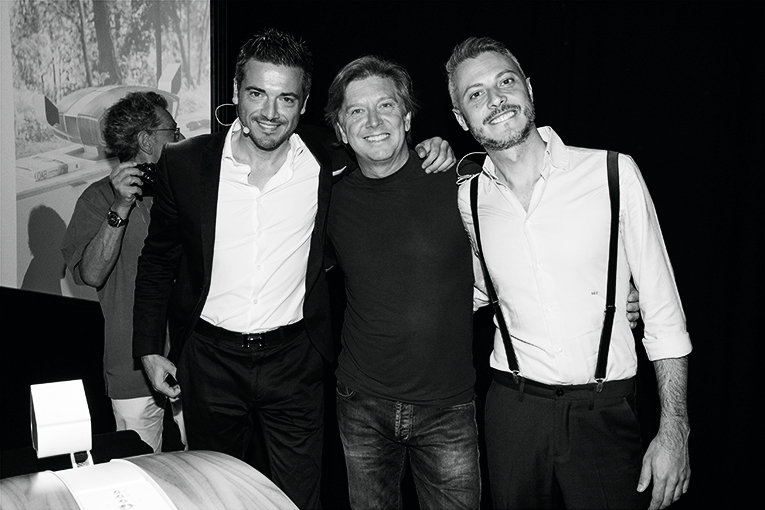 Having seen, heard, and used the Sf16, I don’t see it as a threat or a competitor to traditional hi-fi. Instead, the word that came to mind was opportunity: Sonus Faber saw an opportunity to add another type of product to their line, and took it. This now presents other manufacturers with an opportunity to come up with products that compete with the Sf16. And for those who don’t want a traditional two-speaker system, or who already have one and now want something like the Sf16 for a different room, it’s an opportunity to have a compact, good-quality hi-fi that meets those requirements. When I saw the Sf16 in the dining room of that villa, I thought of what it might look and sound like in my own dining room or bedroom. These sorts of opportunities are precisely what high-end audio needs, not only to thrive but to survive. I hope the Sf16 succeeds, and I hope it’s the start of a trend.