Paradigm was founded in 1982, and spent its first two decades establishing itself as one of the world’s premier makers of affordable loudspeakers. Even by 2000, most of their speakers cost less than $1000 USD per pair, and their top model that year, the Studio/100 v.2, cost $1900/pair in a standard finish, $2200/pair with wood-veneer side panels. The introduction of the Signature series, in 2003, pushed their prices up to $6000/pair for the top model, the S8 v.1, in a premium finish. Yet just before the series was discontinued, the S8 v.3, in premium high-gloss black finish cost $9998/pair -- by high-end standards, still reasonable.

It wasn’t until 2016, with the introduction of the Persona series, that Paradigm began making floorstanding speakers with prices in five figures. The top Persona model, the 9H ($35,000/pair), is a three-way design with a powered, four-driver bass section. The next model down, the Persona 7F ($25,000/pair), also a three-way, is entirely passive, with two woofers. Aron Garrecht reviewed the Persona 7F for SoundStage! Ultra in October 2017 and called it a “benchmark product” for its price. For that price, it might also be one the most advanced speakers on the market. 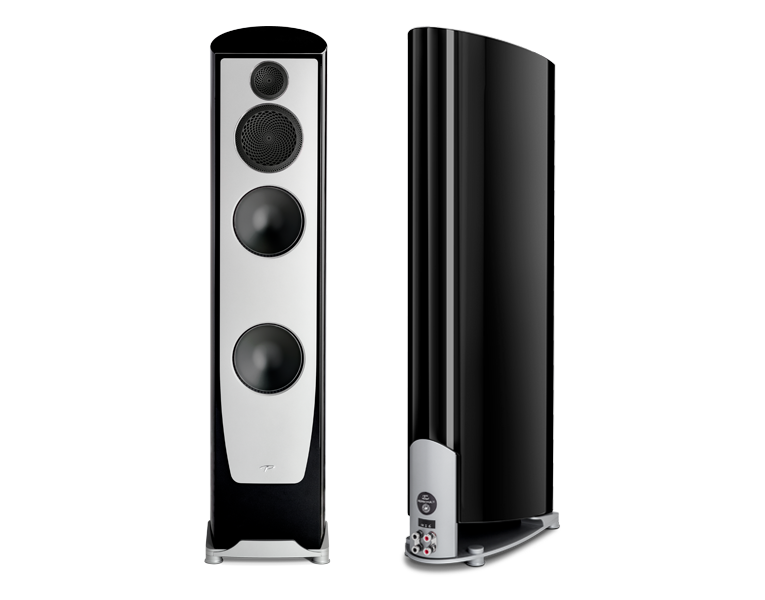 Common to all Persona models are beautifully finished, wood-based cabinets with curved backsides and angled tops and bottoms, to reduce the propagation of horizontal and vertical standing waves. Affixed to the front of every Persona is a piece of aluminum that serves to smooth the speaker’s baffle and conceal the driver frames and bolts. All Persona models also have beryllium-diaphragm tweeters, which these days are standard kit in comparably priced speakers. However, they also all have something seldom seen: midrange or mid-woofer drivers with beryllium cones. Beryllium is expensive and difficult to work, but it’s preferred by speaker designers for its lightness and rigidity. In front of every beryllium driver is one of Paradigm’s proprietary Perforated Phase Alignment (PPA) lenses, designed to protect the driver from out-of-phase signals, to better control dispersion. (Available on YouTube is a SoundStage! Shorts video we produced about the PPA lenses, featuring lead designer Oleg Bogdanov.)

Aron described the Persona 7F’s two 8.5” woofers, which have aluminum diaphragms and die-cast aluminum baskets, as being “robust and unique”: “Each woofer has three huge magnets to power its differential-drive motor, which in turn has twin 1.5” voice-coils wired in tandem but in the opposite direction along the same Kapton former, and sits in a magnetic gap of opposite polarity. . . . This minimizes interference with the motor’s magnet and, more important, is claimed to dramatically reduce distortion.” The 7F’s bass output is claimed to extend down to 18Hz -- all the way into the infrasonic range. 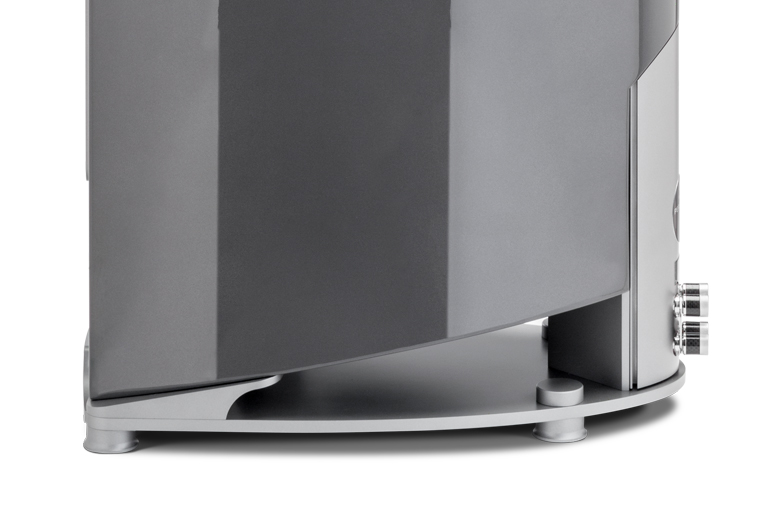 Aron found the Persona 7F to be a sonic standout. With “Take Five,” from the Dave Brubeck Quartet’s Time Out (16-bit/44.1kHz FLAC, Columbia), he described the 7Fs as excelling in “dynamics, transparency, and resolution,” and being low in colorations. He also said that “their balance of neutrality, resolution, and naturalness was one of their most alluring characteristics.” Aron also determined that “it was with the macrodetails that the 7Fs distinguished themselves,” and that there was “no hint of compression” at high volume levels. The result with “Take Five” was “the most ‘live’-sounding reproduction of this track I have heard in my room.” Aron “heard more of the same with ‘Haste to the Wedding,’ from the Corrs’ Home (16/44.1 FLAC, Rhino),” and with many other recordings.

Aron compared the Persona 7Fs to his reference speakers, the Rockport Technologies Atrias ($25,500/pair, discontinued). He pointed out that the Atria’s cabinet, with its 4”-thick walls, is more inert than the 7F’s, and better finished: “The Atria’s deep, mirror-like, gloss-black finish is also considerably more refined -- I can see subtle rippling in the Persona’s curved cabinet, but none in the Atria’s.” Driver-wise, he preferred the 7F: “But all four of the 7F’s drivers look significantly more robust than the Atria’s three.” 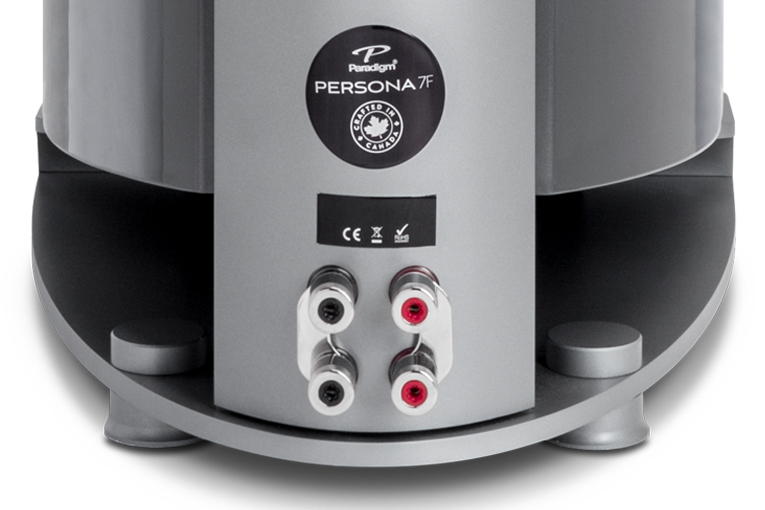 Aron pointed out that the Atrias painted more sharply defined soundstage images and that, with certain tracks, the inherent warmth of their sound appealed to him more than did the sound of the Persona 7Fs. On the other hand, by reproducing the sound of drums with greater “dynamic drive and depth” while still sounding “light on their feet,” the Paradigms took the lead. Furthermore, when he turned up the volume, “things changed.” For instance, with recordings of acoustic piano, the Persona 7Fs were able to play “louder while maintaining their ease, neutrality, and realism,” while the Atrias “sounded sharper and more aggressive.” And bass-wise, it was no contest: “The Atrias simply couldn’t compete here. The Persona 7F’s robust twin 8.5” woofers and bigger cabinet volume let it dig considerably deeper in the bass and with greater control than the Atria’s single 9” woofer.”

“In the Persona 7F,” Aron concluded, “Paradigm has created an all-out assault on the high end.” He felt that giving the speaker a Reviewers’ Choice award was thus “a foregone conclusion.” When we read that, we knew that adding the Paradigm Persona 7F to our list of Recommended Reference Components was another conclusion foregone.