Last month, we published Philip Beaudette’s review of a pair of Monitor Audio Silver 500 7G loudspeakers on this site. In that article, he declared: “Monitor Audio has been on a roll lately, if the number of its product launches offers any evidence to support such a cliché.” The company’s roster of new products includes the seventh generation of loudspeakers in its Silver Series, with the 500 7G as the flagship model.

Priced at $3200 per pair (all prices in USD), the 500 7G comes in a well-finished, rectilinear cabinet measuring 41″H × 9″W × 13″D, excluding its outrigger feet. The speaker is available in Black Oak, Natural Walnut, or Ash wood-veneer finishes, as well as Satin White or High Gloss Black painted finishes. Philip described the 500 7G as having a “classic boxy appearance,” but admired the “absence of screws or grille pegs on the front baffle,” which, he thought, “gives it an uncluttered appearance in keeping with contemporary speaker design.” He predicted that its clean lines “will still look good in 20 years.” 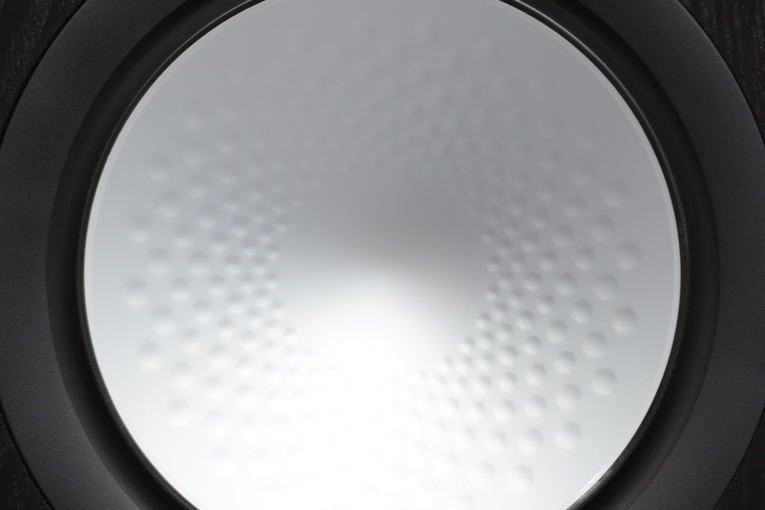 While the 500 7G’s cabinet looks conventional, its drivers—a 1″ tweeter, a 3″ midrange, and two 8″ woofers—definitely aren’t run-of-the-mill. Each drive unit is designed and built in-house, using technologies that are unique to this brand, such as Monitor’s C-CAM driver diaphragms. C-CAM stands for ceramic-coated aluminum-magnesium alloy, a material that the company has been refining since 1991.

Among the speaker’s many unique features is Rigid Surface Technology (RST) II—what Philip described as “a pattern of hexagonal dimples across the C-CAM’s surface”—which has trickled down from more expensive Monitor Audio models. It’s used to stiffen the 500 7G’s midrange and woofer cones. 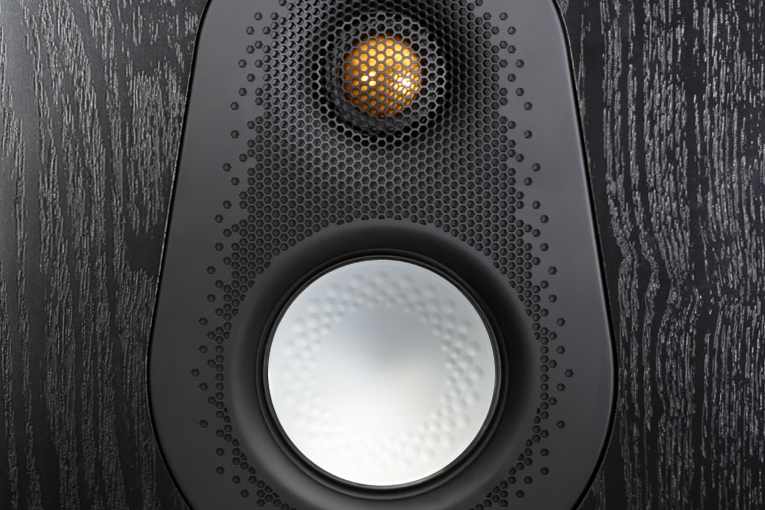 Another noticeable element is the waveguide surrounding the tweeter, which, Philip wrote, “features a compression ring above the surround and dome that increases its sensitivity above 10kHz, thereby reducing distortion and producing a flatter frequency response.” The waveguide has two main functions. The first is to acoustically amplify the tweeter’s output, so less amplifier power is needed to achieve the same sound-pressure level as a conventional driver arrangement. The other is to control the tweeter’s dispersion, to better match the directivity of the midrange, which has been optimized for the smoothest transition to the tweeter. This occurs at 2.7kHz; the midrange and woofers are crossed over at 800Hz.

For his listening, Philip drove the 500 7Gs with a Bryston B135 SST2 integrated amplifier, which is rated at 135Wpc into 8 ohms and proved to be powerful enough. Philip began his assessment of the Monitor towers by playing Loreena McKennitt’s “Marco Polo,” from her album Nights from the Alhambra (CD, Quinlan Road QRCDDVD2-110-N). Immediately, Philip heard drumming that was “taut and clear” and seemed “to come from behind the right speaker.” Further into the song, “a lively assortment of percussion and stringed instruments” can be heard, which he described as being “spread across a broad soundstage” whose depth was “remarkable.” Philip reported that the musicians were “seemingly arranged between the front baffles of the speakers and the wall behind them.” 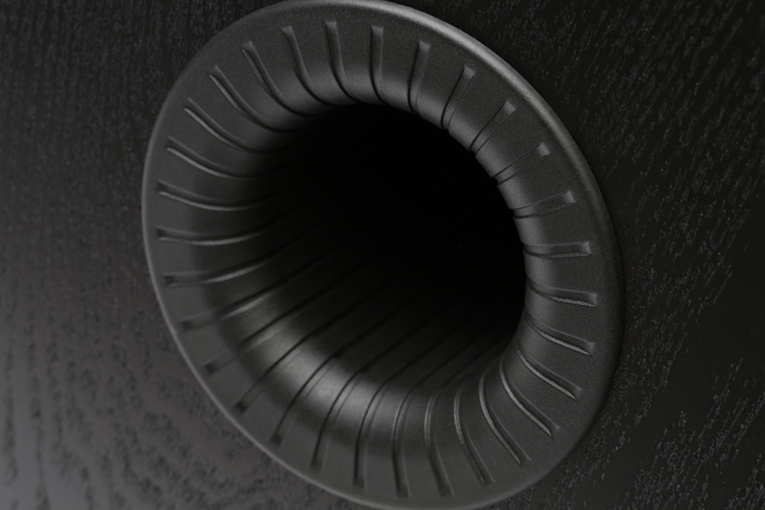 Philip then played “Beata viscera Mariae Virginis,” from Veni Domine: Advent & Christmas at the Sistine Chapel (16-bit/44.1kHz ALAC, Deutsche Grammophon/Apple Music), performed by the Sistine Chapel Choir, featuring mezzo-soprano Cecilia Bartoli. Philip penned that “the large acoustic space of the Sistine Chapel was well served by the Monitor Audio towers” and “the resonance of Bartoli’s voice off the ceiling and walls gave this piece an otherworldly, ethereal quality as the 500 7Gs did a magnificent job capturing the sizable and mostly vacant space of the chapel.”

For something more raucous-sounding, Philip turned to Tom Waits’s “Hold On,” from Mule Variations (CD, Anti-/Epitaph Records 86547-2), and remarked that “the bass was full-bodied, while the acoustic guitar was sharp and precise.” He went on to say: “The strings of the electric guitar were appropriately scratchy and coarse, and Waits’s voice hung suspended between the speakers, appearing larger than life.” 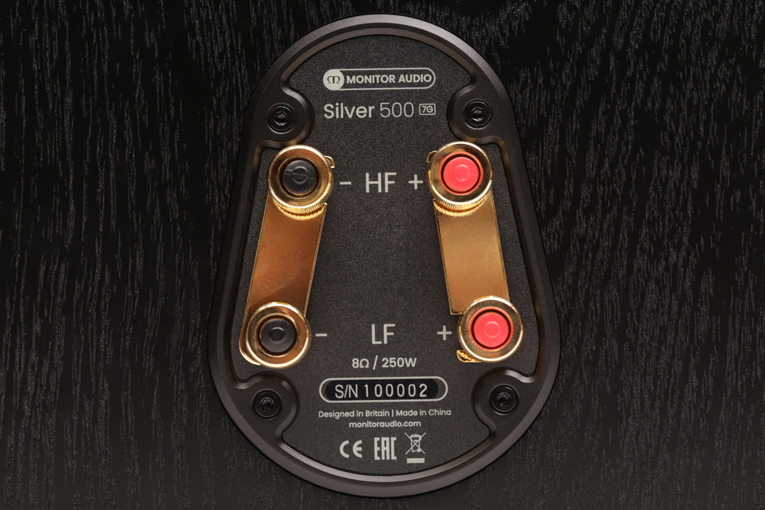 Philip then proceeded to play “Be Your Husband,” from Jeff Buckley’s Live at Sin-é (CD, Columbia Records C2K 89202); a recording that, in his words, “features plenty of reverb that accentuates the atmosphere of the New York City café” where it was recorded:

Everything from the chatter of the audience and their clapping to the clinking of utensils, plates, and glassware elevated the scene to a level of amazing realism through the 500 7Gs. Clichéd as it sounds, the Sin-é venue comes to life on this album, and all was convincingly revealed by the Monitor Audios. Buckley’s unaccompanied voice was rendered with detail and space on this track. Live at Sin-é is one of the better-sounding albums in my collection, and although I hadn’t heard it in some time, the Silver 500 7Gs proved to be the perfect tools for revisiting it.

No hi-fi product exists in a vacuum, so Philip compared the 500 7Gs to a pair of KEF R11s. Priced at $5999.98 per pair, the taller, heavier, and considerably more expensive R11 is a speaker we recognized with a Reviewers’ Choice award when it was reviewed in August 2019, with a Recommended Reference Component award in September 2019, and, later that year, as a SoundStage! Network Product of the Year.

Philip played various selections through both sets of speakers to suss out their differences. He found that the R11s created a “wider, more open soundstage” than the 500 7Gs on Haydn’s Quartet in D Major, Op.76, No. 5 by Norwegian string quartet Engegårdkvartetten, from the 2L Sampler 2009 disc (CD, 2L Recordings). He also determined that the R11s “had more weight and the sound was fuller” when he played “Angel,” from Massive Attack’s Mezzanine (CD, Virgin Records 8 45599 2). Philip chalked up this difference to each KEF tower’s “quartet of 6.5″ woofers” and the fact that they were each “more than 30 pounds heavier” than the Monitors. 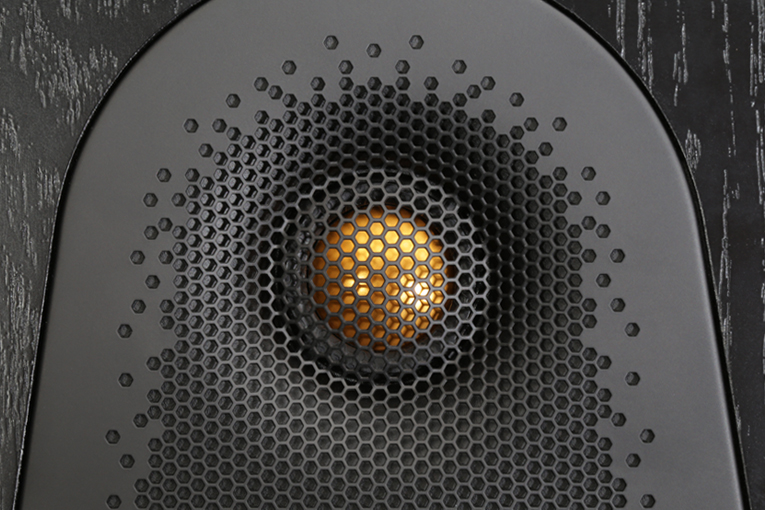 But on “Angel,” he discovered that “what sounds like a quick, percussive rhythm played on a cymbal” actually “stood out more on the 500 7Gs than it did on the R11s.” He then stated: “This surprised me, given the KEFs’ own high degree of clarity.” And on the aforementioned 2L Sampler 2009 track, he assessed that the clarity and detail retrieval were about the same for both pairs of speakers. So it wasn’t a clean sweep for the bigger, pricier R11s, which is why, near the end his review, Philip wrote: “The fact that the Monitor Audios nearly matched the performance of the higher-end KEF R11s says a lot about the value they offer.”

The Monitor Audio Silver 500 7G is about more than good value, however. Philip proclaimed that the 500 7G belongs on a “shortlist of speakers to check out” for people shopping “at this price point, or even considerably higher.” Our editorial team agreed with Philip when the review came in, which is why the Silver 500 7G earned a Reviewers’ Choice award last month and is being recognized with a Recommended Reference Component award this month—the first Monitor Audio speaker to win this accolade.