Simaudio’s Moon 310LP phono preamplifier has been on the market for more than ten years—it was introduced in 2010 in a smaller case than you see today, then updated in 2016 to its current form with some improvements to the circuitry and a new look. Like all of the Canadian company’s products, the 310LP is made in-house in Boucherville, Quebec.

Even though the Moon 310LP is not a new product, we decided to review it for a couple of reasons. Firstly, the technical requirements for phono preamplifiers were established decades ago and haven’t changed, so what was good ten years ago should still be good today. But the second reason was that the 310LP, which currently retails for $2300 (all prices in USD), is still in the company’s lineup and there’s no indication from the brand that it will be discontinued or replaced anytime soon. 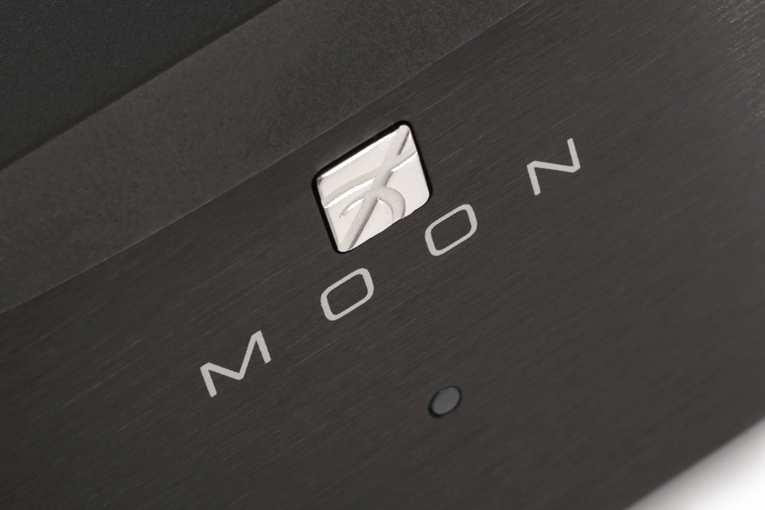 Our first hunch was correct—Philip Beaudette’s review of the Moon 310LP appeared on this site in April, and the venerable Canadian phono stage received a Reviewers’ Choice award. Philip found the 310LP to be a topflight performer with “quiet operation” and a “neutral signature.” As you’ll see, he also learned it could compare favorably with the $2900 Saturn Audio 401 phono stage, a much newer design. The Saturn itself was good enough to receive a Reviewers’ Choice award when Jason Thorpe’s review was published on this site in March, and it went on to gain a Recommended Reference Component award the following month.

The 310LP has a compact case measuring 8.0″W × 3.25″H × 11.0″D. Philip wrote: “A simple brushed-aluminum faceplate displays some branding and the model name, and features a small blue LED in the center that turns on as soon as the unit is plugged in (there is no power switch).” He described the rear panel as having “a pair of single-ended RCA inputs, with a ground post located directly beneath them. Flanking them are single-ended RCA and balanced XLR outputs for the left and right channels.” 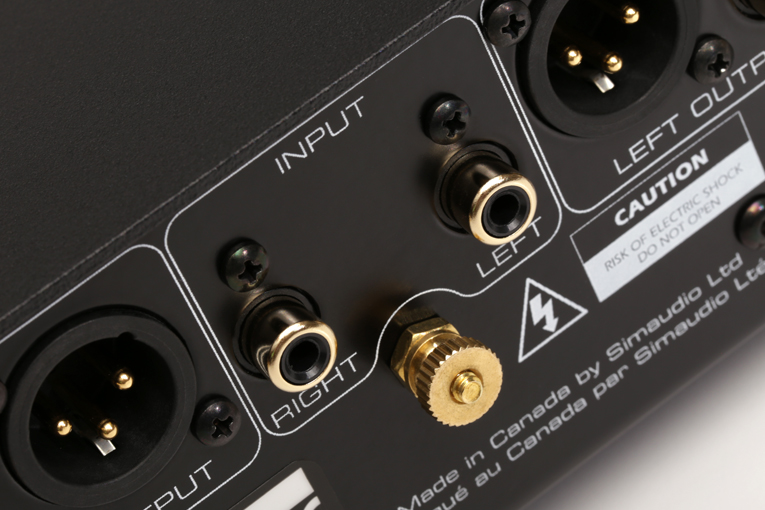 Philip also noted that “Simaudio strongly recommends using the XLR outputs if your preamplifier has balanced inputs, because they offer a higher signal-to-noise ratio and an additional 6dB of gain.” However, Philip couldn’t take advantage of this advice, because the Bryston B135 SST2 integrated amplifier he used with the 310LP only has single-ended inputs. But based on Philip’s high praise for the phono stage, it’s clear that the single-ended outputs on the 310LP work well, too.

The 310LP is compatible with both moving-magnet and moving-coil cartridges. To accommodate a range of cartridges, gain can be set at 40, 54, 60, or 66dB; input impedance can also be adjusted to 10, 100, 470, 1000, or 47k ohms; and capacitive loading to 0, 100, or 470pF. These are the company’s specifications; however, we also measured the 310LP in our lab, where we tested gain and input impedance, plus many other parameters, and found the 310LP’s published specs to be accurate. In some instances, they were a little conservative, meaning the unit’s performance exceeded some of Sim’s published specifications. An example of this is the signal-to-noise ratio (SNR) specification—our SNR numbers for the 40 and 60dB gain settings were higher than Simaudio’s, which means that the 310LP is less noisy than the company claims. Suffice it to say that the 310LP performed well on the test bench.

For many years now, Philip has been using a 20-year-old, German-made Lehmannaudio Black Cube phono preamplifier—which ended up being no match for the 310LP. Philip first listened to Radiohead’s In Rainbows (TBD Records TBD001) and wrote that “‘15 Step,’ the opening track from In Rainbows, came alive through the 310LP, making the Black Cube sound reticent, even veiled, by comparison. Through the Canadian phono preamplifier, Thom Yorke’s vocals popped forward in the mix, and the same was true of the drums. However, as I came to learn after spending some time with it, the 310LP isn’t really forward, it’s just quiet. Dead quiet, in fact.” 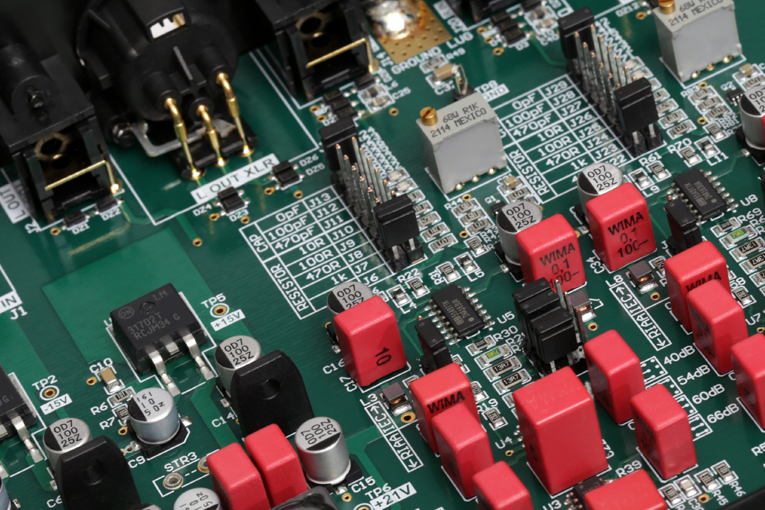 Philip then played Charles Mingus’s Ah Um (Columbia Records / Legacy Recordings 8697-33568) and stated: “The opening tune, ‘Better Git It in Your Soul,’ is explosive. . . . Through the 310LP, the alto and tenor saxophones were vibrant and shiny rather than bright or harsh. Combined with the rapid-fire drumming they pretty much demanded more volume, which I was happy to oblige. . . . Ah Um is a spacious album, and it was particularly so through the 310LP.”

Philip listened to many other songs through the 310LP, but confessed in his review that “the 310LP was challenging because it doesn’t really sound like anything at all.” He went on to state that “this phono preamplifier doesn’t really have any specific character,” so he “was left jotting down notes about the quality of the recordings themselves.” In other words, the 310LP passes music signals through it without adding colorations, which is what most people want their hi-fi components to do.

When Philip compared the 310LP to the Saturn Audio 401, it wasn’t a case of which one was better or worse; instead, he just found them to be slightly different. When he played “Medication,” from Spiritualized’s Pure Phase (Fat Possum Records FP1752-3), he determined that “the Saturn was rounder in its delivery of the bass line and the sound was a bit fuller overall,” and that “through both phono stages the organ notes hung suspended in space, but with the Saturn the music bloomed more, whereas the Moon seemed a bit drier and more precise.” Philip summed up his comparisons: “Both phono stages served up loads of detail and delivered outstanding clarity.” 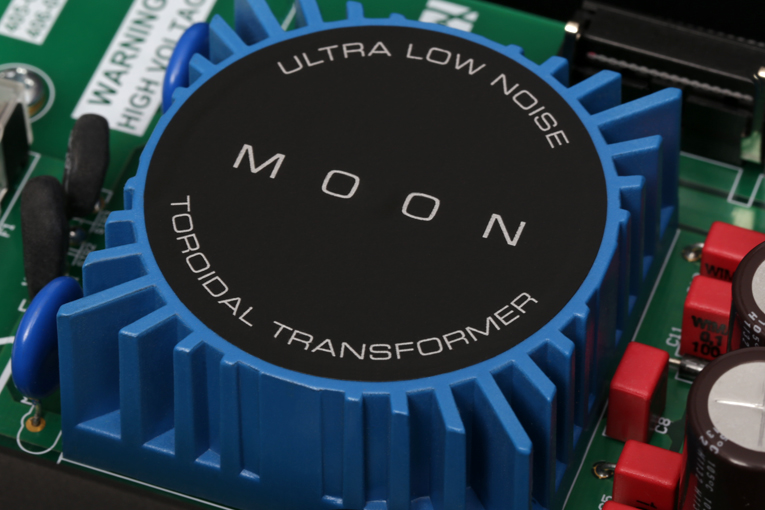 With Mingus’s “Better Git It in Your Soul,” Philip penned: “The music popped out of the speakers through both phono preamps; their clarity revealed incredible detail, not the least of which was the location of each musician on the stage and their distances from my listening chair.” But here again he found that “the Saturn had a rounder character than the Moon, without managing to sound soft or indistinct, whereas the 310LP was a touch more incisive.”

Near the end of his review, Philip declared that the 310LP “sounds as nondescript as it looks” and that it is “an easy recommendation” for someone who is “happy” with their turntable and doesn’t want to “change anything” to do with its sound. But he also warned that the 310LP is “not ideal for someone looking to color the sonics of their system.” So for those who want a component that “vanishes sonically,” as Philip put it, we believe that the 310LP is an outstanding choice—and that’s why it received a Reviewers’ Choice award at the time the review was published, and it is being recognized as a Recommended Reference Component now.