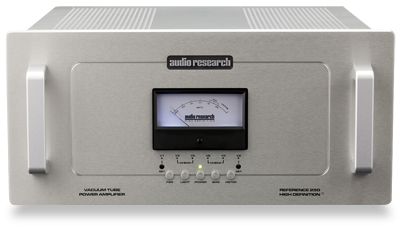 It’s just over two and a half years since we began our list of Recommended Reference Components, and in that time no tubed power amplifier has been named to it. That changes this month with the inclusion of the Audio Research Reference 250 mono amplifier ($26,000 USD per pair). Pete Roth reviewed the Reference 250s in Ultra Audio last September. The Reference 250 is the second ARC to make RRC -- the first was their Reference 5 preamplifier, in May 2011, also reviewed by Pete, and currently the only tubed preamp on the list.

Each Reference 250 measures 19”W x 8.75”H x 19.5”D and weighs 77 pounds. Three pairs of matched KT120s tubes are used in the output stage, for a claimed power output of 250W into 8 ohms with <1% THD at 1kHz. Two more matched KT120s are used in the driver stage. Two 6H30 tubes are also used, one in the gain stage and the other as a regulator driver. Finally, one 6550C tube is employed as a regulator. The Ref 250 can accept only a balanced line-level input, so it must be used with a preamplifier offering balanced outputs. The Reference 250 has the classic ARC look, and comes with a silver or black faceplate.

Pete had nothing but the highest praise for the Reference 250s: “With such sterling specifications and only 8.8dB of negative feedback, I expected powerfully dynamic, wide-range sound. That is what I heard. A far cry from single-ended-triode or tube amps of yore, the Ref 250 put to rest the claim that tubes are all midrange, either too syrupy or too sunny and bucolic. Compared with the Ref 210 it replaces, not only does the Ref 250 employ a complement of the more authoritative KT120 tubes (with analog circuits optimized to match), but while their rated power output represents nearly a 20% increase over the Ref 210’s, the power supplies those tubes modulate have increased almost 50%. Perhaps that’s why the snap and authority on tap trounced every other tube amplifier with which I’ve had long-term experience. With these amps, my system captured all the glory of Louis Armstrong playing ‘St. James Infirmary,’ from Satchmo Plays King Oliver (LP, Classic Collection/Classic Records ST-91058) -- from his chesty, inimitable voice to the explosiveness of his trumpet at full cry.” 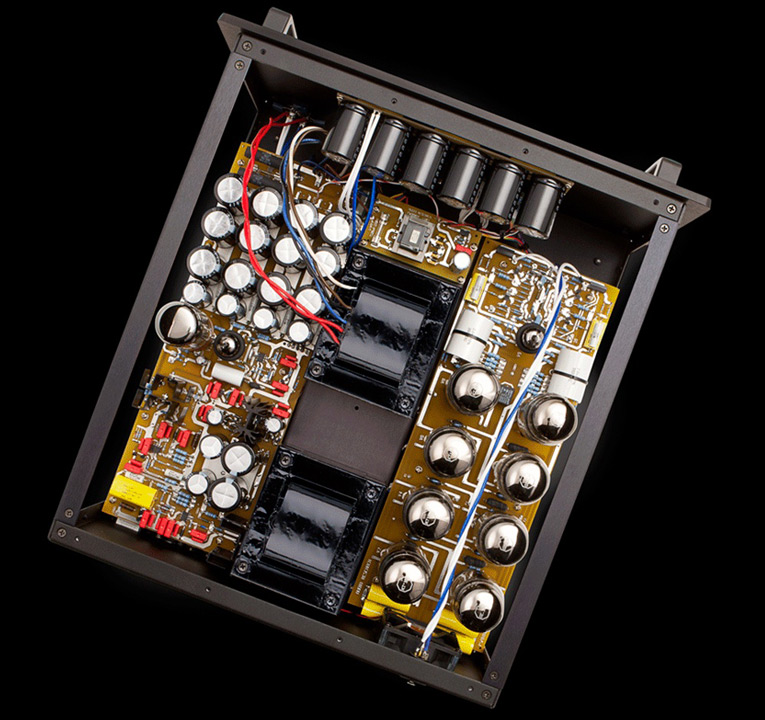 Pete’s comparison of the Reference 250s to his references, Ayre Acoustics’ highly regarded, solid-state MX-R mono amplifiers, was also telling: “Ultimately, and as good as I know the sound of my reference amplifiers to be, I must conclude that the sound of Audio Research’s Reference 250s is finer. If I had air-conditioning, and if my primary reference system were dedicated solely to me and my music, I would have been more than tempted to buy them.”

That Audio Research’s Reference 250 amps delivered fine performance is no surprise -- the brand’s reputation for high-quality sound is legendary. But Pete’s very high praise of the amps’ sound -- better than any other he’s reviewed -- and their superiority to his current reference amps, leave us confident that the Reference 250 deserves to be listed among our Recommended Reference Components.