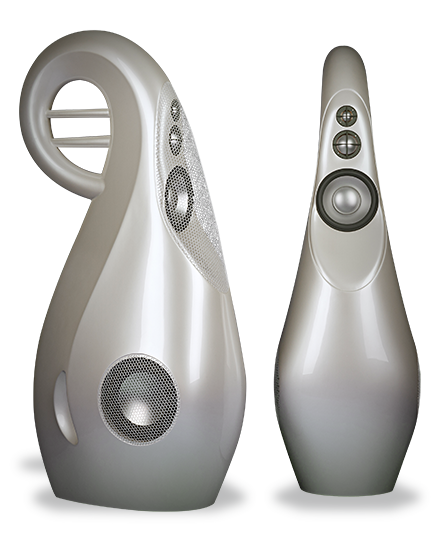 Vivid Audio’s Giya series of loudspeakers has set a high standard for performance, and another for originality and boldness of visual design. The line began with the Giya G1, and then grew to include the G2, which Doug Schneider reviewed in February 2012 for SoundStage! Hi-Fi and found to be the best speaker he’d ever heard. That was followed by the G3, which Pete Roth reviewed in February 2013 for Ultra Audio and ended up purchasing as a personal reference. The Giyas G1, G2, and G3 are priced at $68,000, $50,000, and $40,000 USD per pair, respectively, and, like all Vivid speakers, were designed by legendary engineer Laurence Dickie, the man behind the Bowers & Wilkins Nautilus. The Giyas’ high levels of price and performance indicate that they’re aimed squarely at well-heeled audiophiles who want nothing less than the state of the art. The Giya G2 was recognized as a Recommended Reference Component in February 2012, the month it was reviewed. This month, we add to that list the Giya G3.

All Giya models have the same “curly-top” cabinet shape and are four-way, five-driver designs that use the same drive-units, designed and made by Vivid, for the highs, midrange, and upper bass. The speakers also all employ the unique technologies that Vivid Audio is known for: tapered-tube loading on all drivers, reaction-canceling bass drivers and ports, drivers mounted with O-rings, ideally sculpted baffles, and so on. The major differences among the three models have to do with the sizes of their cabinets and bass drivers, which combine to determine how deep in the low bass each model can reach, as well as the maximum output level in that range. As a result, which Giya is “the best” will largely depend on the size of the room and the listener’s requirements for deep bass and volume level.

The largest Giya, the G1, is the most expensive, has the biggest woofers (approximately 11”), and is claimed to reach down 29Hz. The G2, with its 9” woofers, is rated to 33Hz; and the compact G3, with its 7.5” woofers, can get down to 36Hz. But even the G3 is no slouch in the low end. As Pete said in his review, “The Giya G3 not only passed my favorite torture test for bass, the title track of Donald Fagen’s Morph the Cat (CD, Reprise 49975-2), it easily exceeded the prior bass champion in my room, Magico’s Q1. . . . Magico’s magic confounds the uninitiated with expectation-defying spectacle astounding for its size. With Vivid’s Giya G3, the bass simply astounded.” 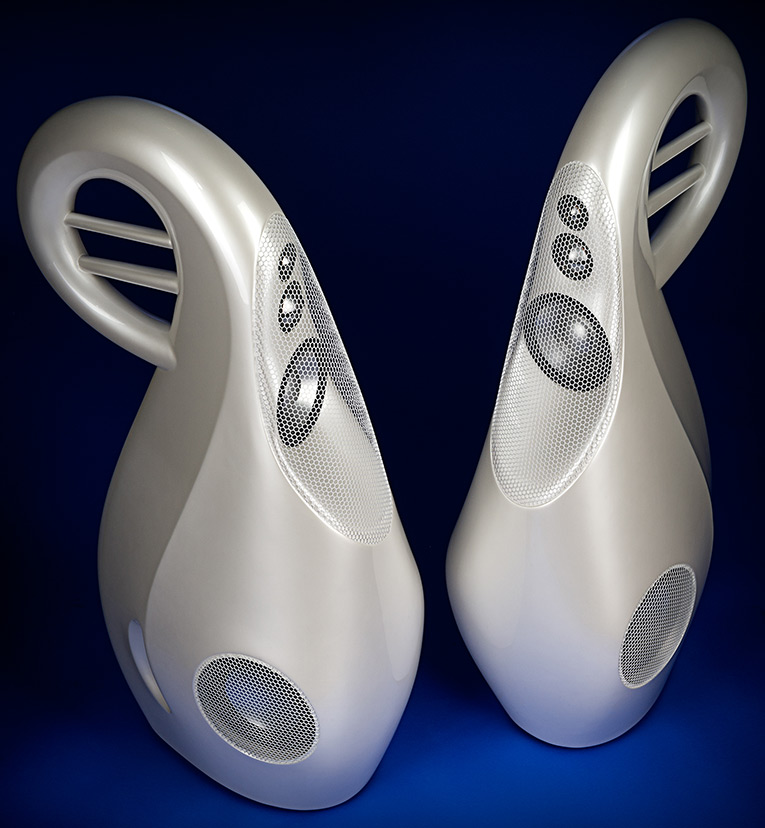 Pete compared the Giya G3s to his Vandersteen Model Sevens, his main references at the time (the Seven was named a Recommended Reference Component in November 2010). He found the Seven and the G3 more similar than different, and at the end of his comparison he called it a draw -- which is one reason the Giya G3s are now part of his stable of reference speakers, alongside the Model Sevens.

Yet Pete had other, more compelling reasons for thinking so highly of the Giya G3s: “Rich, vibrant, exciting, engaging, and sustaining, this smallest Giya from Vivid Audio realizes the aspiration of its designer to create a precise transducer whose reproduction of music does not create stress in the listener. Its compact shape may be unique, but to my eyes is uniquely beautiful. While it hits the ball out of the park in all the traditional hi-fi categories of soundstaging, coherence, detail retrieval, etc., perhaps the Giya G3’s greatest strength is its total absence of cabinet-imposed colorations or character. The G3 performs a sonic disappearing act like no other speaker I’ve heard.”

Technically advanced, sonically superior, and visually unique -- Vivid’s Giya models are unlike any other loudspeakers on the market today, and the smallest of the line, the G3, is designed to provide performance similar to its larger, more expensive siblings, but with reduced bass reach and output capability. According to Pete Roth, they’ve succeeded, resulting in the Giya G3 being the second Vivid Audio speaker to be included in our list of Recommended Reference Components.