In April 2014, we released a SoundStage! InSight video featuring Laurence Dickie, Vivid Audio’s chief designer and one of the company’s two founders. At the beginning of the video, Dickie said that “Vivid Audio is primarily an engineering-led company. We don’t make statements in industrial design, but they are statements in acoustic design.”

That engineering-led approach might surprise those who believe that the oddly shaped cabinets of Vivid loudspeakers look as they do for aesthetic reasons -- Dickie says that those shapes are determined by acoustical considerations. For example, the abundance of curves and the absence of hard exterior edges make possible the smoothest launch of soundwaves from the drivers -- Vivid claims no diffraction problems -- and the nonparallel surfaces of the speakers’ interiors discourage the buildup of standing waves. 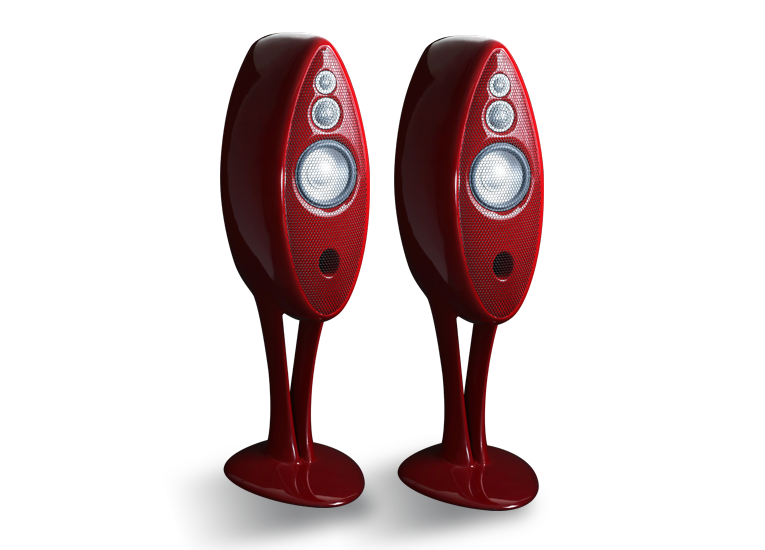 The materials Dickie chooses for the enclosures of Vivid speakers are also unusual. The cabinets of the Giya models G1 through G4 are made of two layers vacuum-infused, fiberglass-reinforced resin sandwiching a core of balsa wood -- and so is the cabinet of the new Oval B1 Decade ($28,000 USD per pair), which Doug Schneider reviewed here in March 2016, and thinks is one the two best speakers he’s ever reviewed. (The other is Vivid’s Giya G2, which sells for $50,000/pair.)

The Oval B1 Decade, or B1D, is based on Vivid’s very first speaker model, the Oval B1 ($18,000/pair), launched in 2004 and still in production. Doug thought highly of the B1 when he reviewed it in April 2010, though he had a few misgivings about its bass performance.

In the B1D, Dickie retained the B1’s overall cabinet shape, integral stand, and 3.5-way driver configuration. However, there are many differences: the front and rear baffles are now slightly convex, there are new grilles for the front and rear, new lower-midrange and woofer drivers, differently shaped ports, and a completely reengineered crossover -- and that new cabinet material to replace the B1’s composite of polymer resin and mineral powder (still used in the B1D’s stand and base). So, while still looking a lot like the B1, the B1D is actually a substantial overhaul of the original design -- the change in cabinet material alone reportedly accounts for most of the $10,000 increase in price. 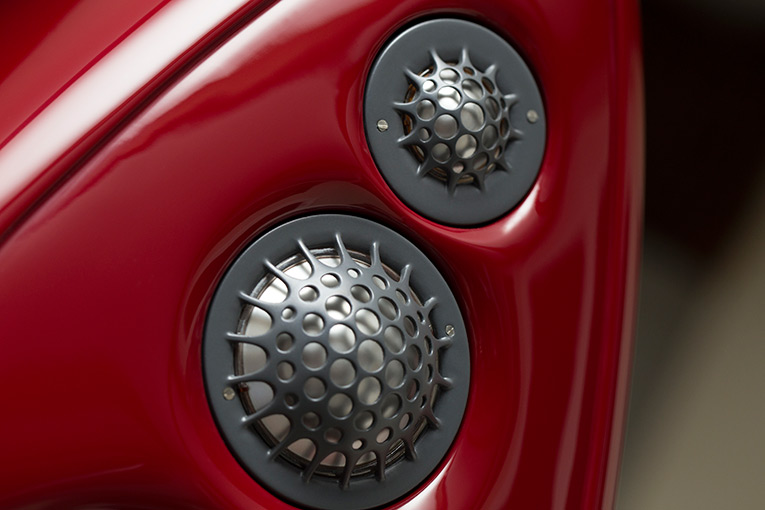 The improvements in sound quality of the B1D over the B1 range from small to substantial, and Doug found them worth the effort -- and the 56% price hike. One area in which there was subtle but important improvement was in the reproduction of the highs, as he described in his review:

I wished I’d had Vivid’s Oval B1s here, and particularly their Giya G2s, if only to compare their highs to the B1Ds’ -- this aspect of their sound fascinated me. Although the same tweeter is used in all three models, I don’t recall the B1 or G2 sounding quite as clean in the highs as the B1D, or reproducing the top register of pianos quite as precisely -- they were clean and precise, but the B1D was uncannily so. . . .

At first I was tempted to write that the B1D has one of the cleanest-sounding tweeters I’ve ever heard, but a tweeter’s sound is greatly affected by the cabinet surrounding it -- diffraction can muck up even the best tweeter’s output. Instead, I’ll say that the B1D’s top end was the cleanest I’ve heard -- ever. 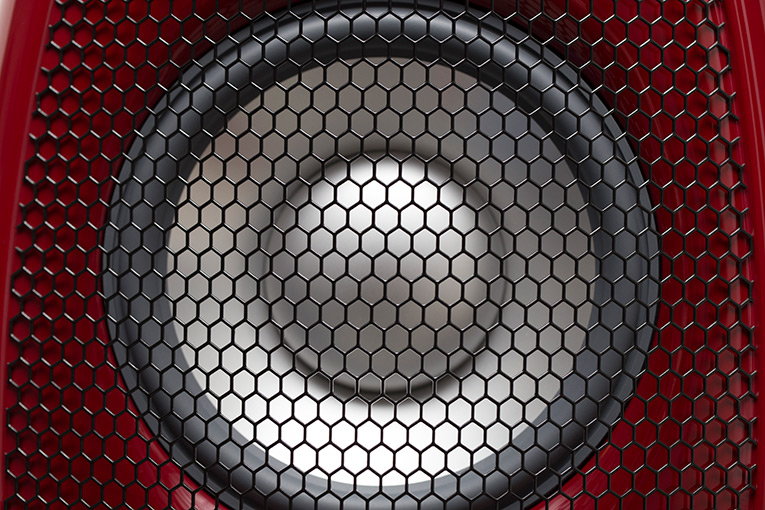 But Doug heard the biggest improvements in the B1D over the B1 when the woofers kicked in:

The B1’s reproduction of bass is the Achilles’ heel of that otherwise excellent speaker. I found the B1’s upper bass a little too boosted, and the entire lower-to-upper-bass region not quite as tight, detailed, and clear as the frequencies above. That lack of tightness, detail, and clarity created a noticeable lack of integration between the outputs of the front woofer and midrange, and a slight lack of coherence across the audioband -- the quality of output of all the B1’s drivers wasn’t quite identical. If I’d had to assign letter grades, I’d have given the B1’s tweeter and midrange an A, the woofers a B. Those woofers needed to catch up.

They have. As mentioned above, the shape of the ports, the crossover, and the woofers themselves are all different in the Oval B1 Decade. The results: no boost in the upper bass, a little more extension in the lower bass, far more detail from the lowest bass through lower midrange, and an ideal blend of the outputs of all four drivers, from lowest lows to highest highs.

With the B1Ds properly set up -- and when the recording allowed -- Doug found the Vivids capable of throwing enormous soundstages with pinpoint accuracy of imaging that competed with the best speakers he’s reviewed: “Muraudio’s omnidirectional Domain Omni PX1s ($63,000/pair) edged out the B1Ds in [soundstage] width and depth, but the PX1s’ images tended to be a touch distant and diffuse. The Focal Sopra No2s ($13,999/pair) projected images in my room that were just as tight, tangible, and specific as the B1Ds’, but the Vivids nudged past the Focals in width and depth. However, when it came to doing it all at once, the B1Ds were the champs.”

As for unveiling detail in recordings, Doug heard more through the B1Ds than he has through any other speakers, including Vivid’s B1 and Giya G2. His conclusion: “The B1D is one of the most revealing speakers available.”