So sang Buffalo Springfield in 1966: “There’s something happening here. What it is ain’t exactly clear.” Nearly every hi-fi show on the planet is reporting increased numbers, the vinyl renaissance is still going strong, at least three genuine luxury brands with no audio experience whatsoever have collaborated this past year with proper hi-fi brands, the reel-to-reel tape revival is costing me a fortune as the prices escalate, ad infinitum. I am not complaining, but I am pleasantly surprised, if genuinely puzzled.

Let’s just examine these trends, however unscientifically. I’m sure you’ll let me know if you think I’m spouting unsubstantiated drivel, but these are observations and suppositions, maybe even wishful thinking.

Hi-Fi Shows: Munich and Warsaw have seen serious increases in numbers attending; both have reached or neared their maximum number of exhibitors. Everyone raves about AXPONA. I’m told Hong Kong (prior to the demonstrations) was packed. The recently announced UK Hi-Fi Show Live at the Royal Ascot racecourse has exceeded the number of hoped-for exhibitors. (Note: I’m writing this before the event takes place at the end of October, but I’ve been told that advance ticket sales have been fantastic. A show report will follow next month.) 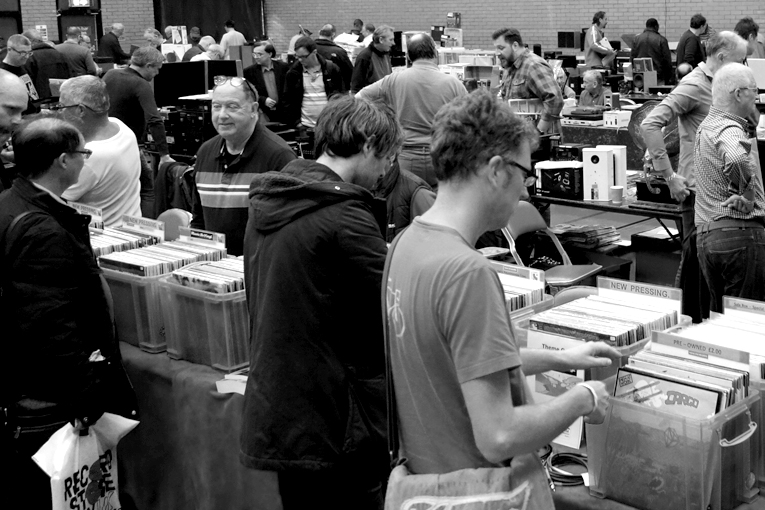 As for my favourite event, the semi-annual Audiojumble in Tonbridge, just outside of London, the October gathering was one of the best in years. I grabbed a clean Tascam 22-2 half-track tape deck for £175 ($225) and swapped a tape for a Sony TC350. I even spotted attendees under 50.

The Vinyl Rebirth: This may seem like an odd way to gauge its health, but when UK music retailer HMV is devoting whole floors to LPs, during a period when bricks-and-mortar stores are suffering and online business is hammering nails into their coffins, there must be gold in them thar vinyls. More telling is the continued use of turntables and LPs as signifiers of “cool” in movies, TV programs, and ads, as well as the ever-increasing number of young artists (as opposed to legacy reissues) insisting on LP releases for their latest albums. And another thing: ask Mobile Fidelity how quickly they were cleaned out of Ultradisc One-Steps.

Genuine Luxury Brands Dabbling with Audio: It may have started with Shinola producing a turntable with VPI, but Shinola ain’t an off-the-chart psycho luxury brand with the sort of price tags usually reserved for high-end speaker cables. Real people can buy their leather goods and watches. In this company, however, Shinola is almost bargain-basement: Louis Vuitton called on Master & Dynamic to make its earbuds, Hermès has produced a luxury portable record player with a built-in Pro-Ject turntable, and Ulysse Nardin turned to Devialet for help in developing a wristwatch that strikes the hours. 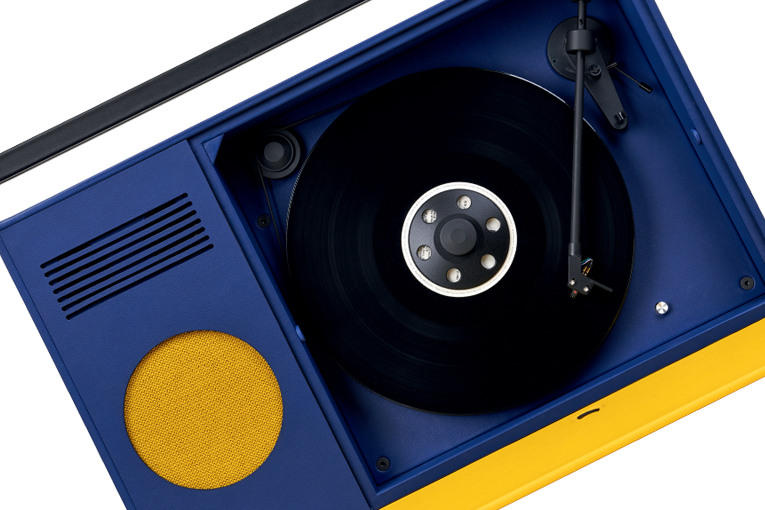 Braun, at admittedly lower price points, decided that the time was right, after some decades, to reintroduce its ground-breaking loudspeakers. Clearly, these financially savvy brands must know something. More exciting is that any one of them has a greater turnover than all of the high-end audio brands in the world combined, so when you talk of influencers, forget the Kardashians.

The Reel-to-Reel Tape Revival: Don’t take my word for it -- just follow Discogs, eBay, Audiogon, or other sites for second-hand hardware and tapes. Prices continue to escalate for both, and any decent-condition, fully operational ReVox, Sony, Akai, TEAC, or Tandberg is an easy sell. I see this every day on eBay, and the aforementioned Audiojumble saw a disproportionate number of decks, including UK-made Ferrographs. 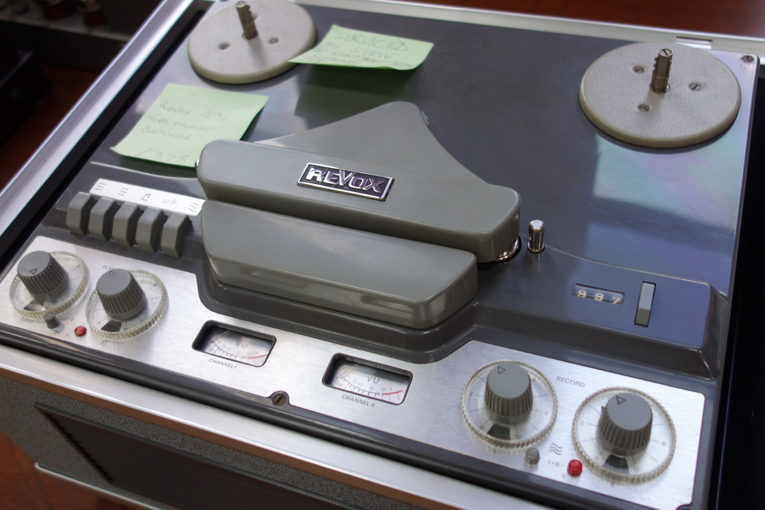 With only one maker of new reel-to-reel tape recorders operating today -- Ballfinger, which will make the upcoming Thorens -- used machines are the new default. As for Technics’ 1500 and 1700, they’re swiftly becoming the decks to own, especially as later models cover everything save for CCIR equalisation. They’ve gone up by 50% in the past 12 months.

Pre-recorded and blank tapes, too, have seen climbing values, with Led Zeppelin, Pink Floyd, and the Beatles reel-to-reels easily fetching three figures. Blanks are so expensive that there’s an entire recycled-tape subculture of people learning that the stuff is more durable than one might have believed. Erase a quality tape from Maxell or TDK in real-time on a clean machine, and they’re almost as good as new. Even empty plastic spools can command $5.

That said, it will never go beyond a niche within a niche, as -- unlike vinyl -- there is no manufacturing base of new hardware nor software to feed and support it. Rightly and understandably, most consumers are not prepared to put up with the effort of dealing with the obsolete. Whenever anyone asks me what is involved in using open-reel tape as a primary source, I merely say, “Would you run a 1968 Fiat 850 Spider as your daily transport?” That swiftly sorts the men from the boys.

Despite all the above, there is always the suspicion that the bubble will burst. In particular, there is the nagging notion that the generation of new vinyl buyers – e.g., the fashionable, retro-obsessives, hipsters, et al. -- may soon tire of the format and return to their phones as the preferred source of music. As for already committed, seasoned audiophiles, we are -- like model railway enthusiasts and stamp collectors -- an ever-aging demographic. 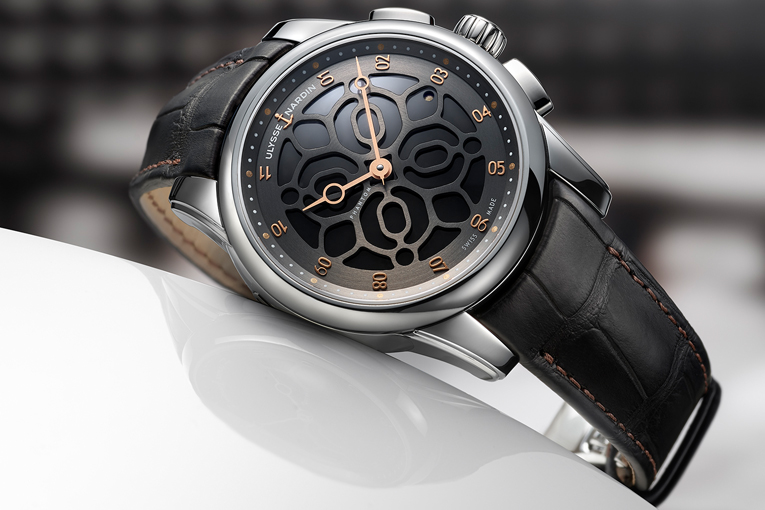 Long term? Who knows? But while there seems to be a positive buzz, renewed interest in high-end audio and even an air of optimism, I’m gonna wallow in it. There’s enough evil, depressing global shit going on if I feel the need for a reality check.