Go Local at Your Next Global Hi-Fi Show

Far be it from me to suggest that hi-fi shows are melding into one. The relative homogeneity is obvious because all use a mix of hotel rooms, hospitality suites, and conference halls, but subtle distinctions prevent the three shows I attended in one single month from turning into a blur. From Ascot to Warsaw to Tokyo, there was enough overlap, augmented by sufficient disparity, to foster a yin/yang response: you sense either an impression of predictable sameness or one of true diversity.

I do not use that last term in the manner it has when uttered by some woke, Obama-worshipping millennial -- that forced universality that renders everything bland and samey. Instead, I embrace the elements that do not appear from show to show, like perogies in Poland, the elegant manners of the Japanese, or the maturity of UK or US events. I’m old enough to recall when travel meant local interest, making a journey worthwhile, rather than finding a frikkin’ Subway on every corner. You can stick your homogenization. 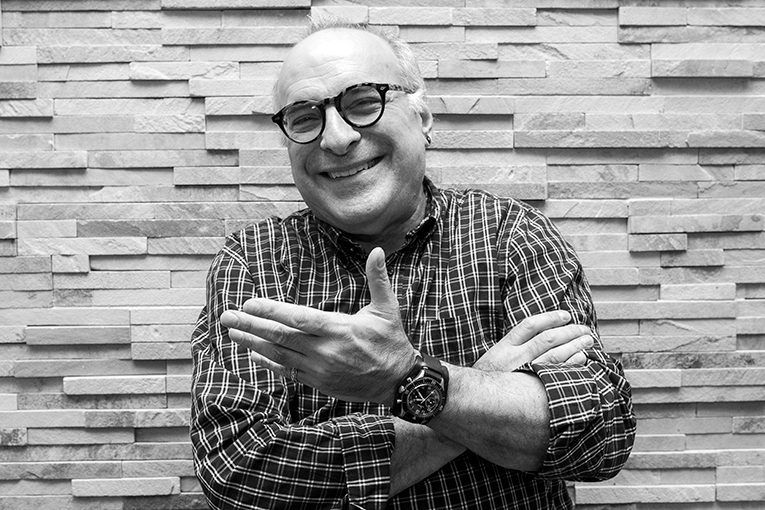 That, though, is to deny certain commonality. Compulsorily, the new products from each brand turn up at every show in succession, which is why we have hi-fi shows in the first place: to display new wares to the world at large. However, every event has local content, which is why masochists such as I attend more than one a year.

Contrast this with the watch industry, which is exponentially larger than high-end audio, yet it has just two international fairs a year (Basel and Geneva), and only a smattering of regional exhibitions. And compared to hi-fi shows, they’re minuscule. Watch brands release all of their new models in the spring, because their sales remain seasonal -- especially for Christmas presents -- so autumn affairs, though they do occur, are not remotely as important as Geneva and Basel.

But back to the differences. Local hi-fi brands try to save their launches for either their home shows or -- ever increasingly -- for Munich’s High End event. And Munich is undeniably the 272kg gorilla in the room, for it remains the single most important high-end gathering on earth. That, too, is why there continues to be a cluster of shows in the autumn, even though it’s right on top of what used to be the selling season: it means a six-month gap for new models not ready to be shown in May in Munich.

Munich is so far in advance of all other shows in scale and professionalism that it has succeeded in filling the gap created when CES decided to treat the high-end audio community like scabrous, syphilitic lepers. Munich actually makes more sense for all but American retailers, because, geographically, Germany is closer to more markets than Las Vegas: all of Europe, the emerging Eastern European territories, Russia, and the Middle East. As for the Americas and all of the Pacific Rim countries, relocating our main show to Germany from Nevada hasn’t stopped them from coming.

With the three I attended, each featured enough new local products to make the trips worthwhile, though I will leave it to Mr. Schneider to reveal what was new at the UK’s Hi-Fi Show Live: I spent over half my time there doing presentations, so I missed most of it. There were product launches galore in the UK, which feature in Doug’s coverage on SoundStage! Global. 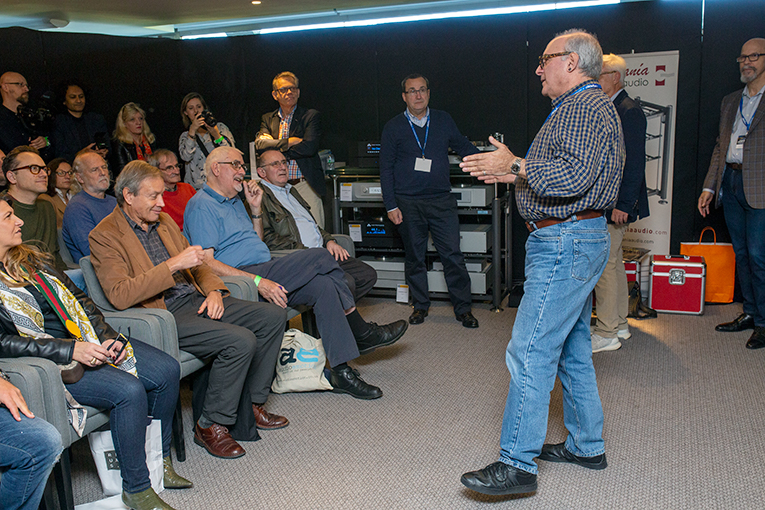 Which brings me to my modus operandi. It has been my practice, for what must be around 300 shows in 35 years, to focus primarily on local launches -- e.g., Japanese gear at the Tokyo show -- though I do not wish to commit career suicide by skipping new models which happen to be launched by visiting brands. A perfect example of this was the global launch of TechDAS’s remarkable Air Force Zero at Munich, rather than holding it back for Tokyo.

This, of course, works only if the show’s host country is a major player in high-end audio manufacture. I do not, for example, imagine my camera working overtime at a hi-fi show in Belgium or Uganda or Bolivia, as these are not countries bursting with hi-fi companies. Japan, Germany, the UK, Italy, Hong Kong, China, and the USA? Obviously, their local shows will be rich with home-made equipment. What continually overwhelms, though, is the local content of the Warsaw show.

Every year, I am dazzled by a vast array of wild turntables, outré loudspeakers, and exotic tube amplifiers. Uniquely, because its economy is only lately freed of the communist yoke, its zeitgeist is reminiscent of China in the mid-1990s: lots of manufacturers, ridiculously low prices, and untapped potential for export.

Poland, despite the plethora of luxury boutiques and roads filled with BMWs and Audis and Alfa-Romeos, is still a generation behind the rest of Europe in economic well-being and commercial sophistication. Thus I found myself drooling over a tube-hybrid, 15Wpc integrated amp with excellent finish, VU meter, USB, four line inputs, tone controls, and a price tag of US$200. Distributor and retailer margins? Import duty? Shipping? Who knows what it would cost if priced for export.

Japan thrills in a different way: all of the globally familiar brands produce amazing gear which they deliberately do not ship to foreign markets. One wonders what lack of confidence keeps them from doing so. I will not name names, but I saw stunning, retro-styled amplifiers (the 1970s are back, big time) that brought tears to my eyes, record decks that exist in a parallel universe where CD never happened, and tiny loudspeakers which beg for a spot on one’s desk.

Surprises, then, are why I advise going to any shows within your geographical reach. Just when you think you’ve become acclimatized, something reminds you, like Dorothy, that you’re not in Kansas. But not that far away, either: in the very last room I called on in Tokyo, I ran smack into my old friend Ricky Brown, a notable on the L.A. high-end scene, distributor, and bon viveur. As Mr. Mathis sang, “Small world, isn’t it?”