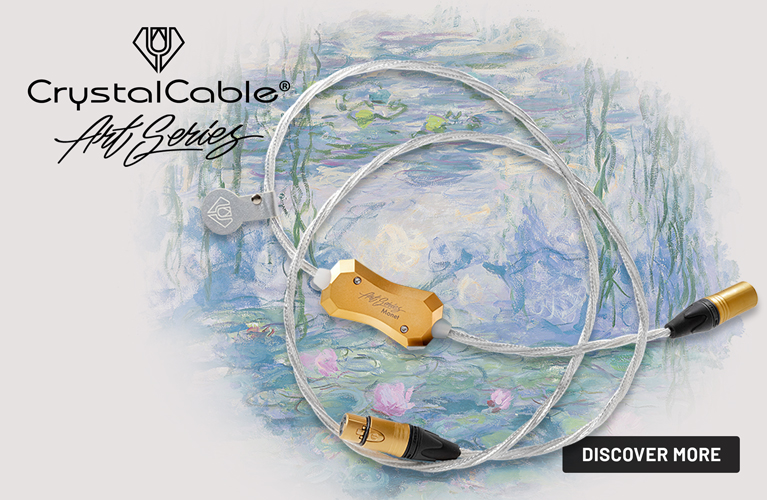 This month’s editorial is written by S. Andrea Sundaram, our resident expert on digital audio and downloadable music. In the future, S. Andrea will continue to share his thoughts on these topics in opinion pieces and in technical articles on SoundStage! Hi-Fi and in other publications of the SoundStage! Network.

Most modern recordings are made at bit depths greater than 16 and sample rates higher than 44.1kHz, and there is little doubt that such recordings sound better when played at those higher bit depths and sample rates than when downsampled to fit onto a CD. Music in better-than-CD resolution has been available for about a decade, but it is only with the adoption of computer-based audio that bit depth and sample rate have become divorced from any particular physical medium, offering greater choice for both content providers and consumers. As more record labels and websites offer high-resolution recordings, primarily through downloads, and more equipment manufacturers offer components capable of playing back hi-rez files, it’s time for us to consider the question of how much resolution is enough.

High-quality digital-to-analog converters usually support sample rates up to 192kHz, but very few computer-compatible DACs are capable of better than 24-bit/96kHz, and sometimes don’t support 88.2kHz. Several factors are causing the industry to settle, at least for now, on 24/96. For a number of historical reasons, many professional recording systems, particularly those associated with video, have operated at 48kHz and its multiples, even when those recordings were destined to find their way onto CDs with a sample rate of 44.1kHz. DVD players support linear PCM at bit depths of 24 and sample rates of up to 96kHz, but they are not required to support 88.2kHz. Largely due to the number of DVD players sold, DAC chips that support 24/96 have become extraordinarily cheap, and consequently have found their way into a great many CD players over the last 15 years, and more recently into soundcards and other external DACs for computers. Another factor that has, in most cases, limited computer DACs to 24/96 is that faster sample rates require a dedicated driver, making them less plug-and-play compatible. Ease of installation is important to the end-user, but makers of audio equipment also stay away from dedicated drivers because they usually lack the in-house competence to write the necessary code.

Most of the hi-rez downloads currently available have a bit depth of 24 and a sample rate of 88.2 or 96kHz. Again, there are reasons for the 96kHz limit. Some providers have cited download times for 24/192 FLAC files -- 192kHz is twice the sample rate of 96kHz, for twice the download time -- but I think they’re more worried about the additional bandwidth required for their servers. I don’t know how many audiophiles are all that concerned about download speeds: a 24/192 FLAC file will still arrive more quickly than a disc shipped overnight express. Another reason is that only a small amount of content is available at the higher sampling rates. It’s true that, in many cases, the recording was made or transferred only at 96kHz, but at least three of the labels represented on HDtracks.com -- Chesky, 2L, and Reference Recordings -- make available higher-rez versions on disc. Because of the small proportion of systems that can play back sample rates of higher than 96kHz, many providers just don’t see much demand for anything better. That logic baffles me a little; one of the great advantages of a download distribution model is that only very small sales volumes of any particular offering are required to generate a profit.

In an upcoming article I will discuss the consequences of bit depth and sample rate from a technical perspective, but the ultimate arbiters of quality are always the ears. In my own experience, 192kHz files sound noticeably better than 96kHz files -- pure-DSD recordings often sound better still, but, sadly, that format is becoming ever more marginalized. The differences manifest themselves primarily in a greater focus to the sound, slightly more harmonic texture, and a better-defined soundstage. The leap from 96 to 192kHz is not as great as that from 44.1 to 96kHz, but if you’re trying to wring the last little bit of performance from your system and your recordings, then it’s worth your while. Nor do you have to take my word for it. If your system can support 192kHz files, the 2L High Resolution Test Bench lets you download, for free, selections from their catalog at different sample rates.

If we, the audiophile press and audiophiles in general, demand our music in higher sampling rates, we may eventually get them from more sources. In the meantime, we can enjoy the music now offered at 24/96. Hardware creates a greater dilemma. At the moment, I would be very hesitant to spend a lot of money on a DAC that supports a maximum sample rate of only 96kHz. Most of the DACs that can support higher sample rates are a little pricey, but for many, spending that extra money now will be worth not having to upgrade in the near future. Ultimately, what makes us audiophiles is that we never settle for good enough.