The Search for Superior Sound 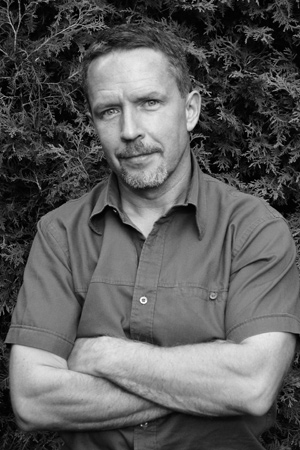 If you’re a regular SoundStage! visitor and you’re reading this around September 1, 2010, you’ve probably already noticed quite a few changes in the site -- some large and obvious, others smaller and not so noticeable. Most apparent is the brand-new design. This is the third time we’ve overhauled SoundStage! in its more than 15 years of existence, and it’s the fifth redesign of a SoundStage! Network site this year.

The redesign was substantial for two main reasons. One has to do with the Web technology we now use. Exit the static HTML pages; enter a fully automated, database-driven site that allows for improved publishing of articles, in addition to more efficient search, archiving, and maintenance of the content. This change allows us to put more time into producing new content and less time into maintaining older stuff, which was getting difficult, given the thousands of pages that made up the original SoundStage! site.

The other reason has to do with the improvements we’ve made to the publication’s focus and direction, which are direct results of our reexamination of the purposes of the other SoundStage! Network publications as we revisited, redesigned, and relaunched each in turn. In every case, we ensured that the site came back online with a clearer editorial focus.

For instance, the focus of GoodSound! (GoodSound.com) is on affordable audio equipment for the home, whether it’s used to listen to music or to enjoy movies. The key word is affordable -- no component written about there can cost more than about $3000, and the bulk of the products discussed should retail for less than $1500.

Ultra Audio (UltraAudio.com), which boasts the tagline "Sound to the Extreme," serves a different purpose and appeals to a different audience. Only stereo equipment is covered on Ultra Audio, there is no price ceiling for what is reviewed, and little concern about catering to the mainstream by writing only about products that appeal to the masses. For instance, Ultra Audio writer Jeff Fritz owns speakers that cost $165,000 per pair and are available from only a small number of dealers worldwide. Cost-no-object, wildly exotic, not for the average audio enthusiast -- that’s what you’ll read about in Ultra Audio.

Then there’s SoundStage! Xperience (SoundStageXperience.com or SoundStageX.com), a publication that grew out of Home Theater & Sound, which we ran for about ten years. Here, as on GoodSound!, we review systems for music and/or movies. But, unlike GoodSound!, no price ceiling is set for the equipment written about on Xperience. That means that the components could be priced as low as what’s on GoodSound!, or as sky-high as on Ultra Audio. Xperience also features articles about and reviews of the latest audio components, such as iPods and media servers, as well as wireless devices and other new- and next-generation products and technologies -- things covered by none of the other SoundStage! Network publications.

You’d think that, with those three sites, we’d have all the bases covered. Not quite. There’s still room for a publication strictly focused on the rigorous assessment of high-performance audio components of all shapes, sizes, categories, and prices. This is to single out those that achieve what every audio system should be about: a high degree of faithfulness -- in a phrase, high fidelity -- to the original source signal. This is what the site you’re now reading is all about. The focus here is not necessarily on exotica or affordability (though some high-performing components may be just that), but on performance. Nor is this anything new; it’s more or less a reaffirmation of the original goals of SoundStage!. This site has and will always be concerned with the pursuit of high fidelity -- or, as we like to say, the search for superior sound.

That said, I’d like to point out some not-so-obvious changes to this site that further clarify its mission. One is the slight change in name: what was SoundStage! is now called SoundStage! Hi-Fi. Given what I’ve said here about our focus, it shouldn’t be surprising that we want to more explicitly define what we’re about when new readers find us. SoundStage.com and SoundStageHiFi.com will both bring you here.

Other changes have to do with the new taglines. One reads: "The Original Online Audio Magazine." Despite the small change in the site’s name, we want to reinforce to longtime readers that SoundStage! Hi-Fi is about what SoundStage! has always been about. Then there’s the other tagline, which is just as important: "The Worldwide Authority on High-Fidelity Sound." Quite simply, our search for superior sound is not limited by the national borders that constrain so many print magazines, which seem to be defined by their home markets. Being online frees us of that. We want to be considered the very best audio-only publication out there, and to do that means thinking and acting globally, as well as maintaining the strong editorial focus we now have.

We began in 1995 with a single publication, SoundStage!, which has grown into the SoundStage! Network family of publications. But we want to assure readers that the core focus of this publication is unchanged, and that now, with a renewed emphasis on that focus and a thorough redesign, it will serve the audio community in the future even better than it has in the past.