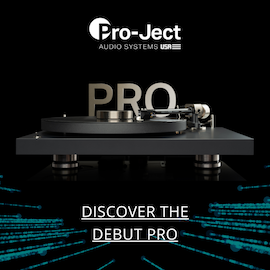 Hi-fi has always been a hobby for people with extra money to spend. But it was in the 1990s that the prices for some of the equipment got, as one designer succinctly described it to me, “stupid.”

Before then, most products were priced from a few hundred dollars to the low tens of thousands of dollars. As a result, anyone with a good job that gave them a moderate amount of disposable income could afford to get into good-quality hi-fi, particularly if they were willing to put off buying a new car for a year or two. However, beginning sometime in the 1990s, the upper-end prices of many components reached, and soon exceeded, one hundred thousand dollars. Forget about the person with the moderate income for prices like that—hi-fi had become a sport for the ultra-wealthy. And it’s stayed that way, as evidenced by the speakers costing many hundreds of thousands of dollars per pair that I’ve recently seen coming on the market. (I normally add the rider “all prices in USD,” but at this level the currency really isn’t that important.) 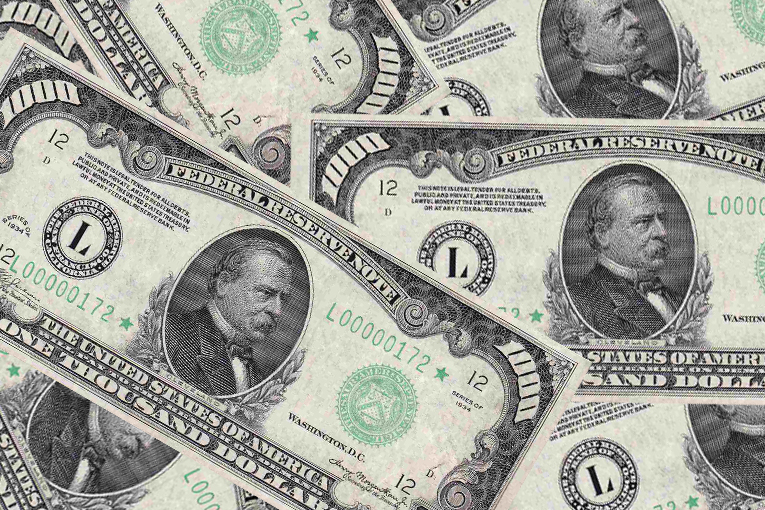 The problem I had with the exorbitantly expensive equipment appearing back then was that the sound quality of the individual products and resulting systems they were wrapped up in often didn’t reflect their prices—an issue that’s still relevant today. You don’t know how many times I’ve been witness to products that measured poorly and sounded bad, even when they were hooked up in a complete system costing over a million bucks. Yet, many people still bought these products thinking that they were getting the best—as in the best sounding—simply because they cost a lot.

Why this happens is obvious—it’s natural to associate price with quality. It’s also well documented. If you look up business and psychology studies about pricing and buying behavior, you’ll likely come across something called the placebo effect of price, which, in an article published on Study.com, is described as follows: “If you have two products and one is marked as being more expensive, it will be perceived as the better product, even if it’s identical to the other.”

Think about that for a second—something with a high price is preferred over the same thing at a lower price! Knowing this, I don’t think it’s too much of a stretch to think that with two similar products, from different companies and with slightly different features, consumers will be even more likely to choose the more expensive product. 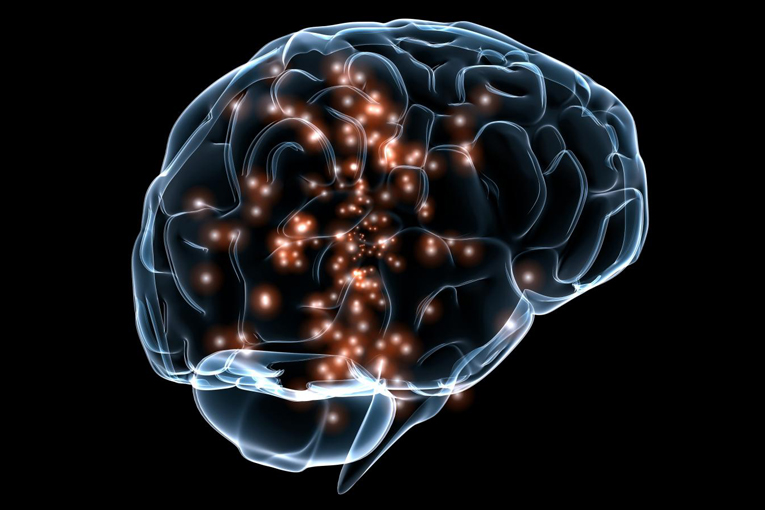 Further on in the same article is an explanation of the science behind this phenomenon: “Our expectation of something being better influences our brain’s perception of quality, even if it’s not a better product. There are tests that show that a placebo can work if the consumer believes it will. Whether it’s medication, wine, food, or technology, what makes it work for the buyer is the expectation that it will. Due to the fact that most of us believe that the more money spent the better the product, we often fall for this tactic when purchasing goods and services.” Obviously, you can add hi-fi to that list, too.

I don’t think this skewed perception of value would be as much of an issue if we had a reasonable number of companies all making comparable products—like in the camera industry, for example, where there’s only a handful of competitors, all with really good products that are similarly priced. Or, as they say, competitively priced. However, there’s a plethora of hi-fi manufacturers—I’ve often said that even if we cut the number of hi-fi companies in half, we’d still have two times as many as we need—and their products vary enormously in quality and price.

For example, when it just comes down to sound quality, looks and fancy cabinet materials aside (which tend to be part and parcel with high-priced hi-fi), I’ve heard a pair of $15,000 speakers from a certain company sound much worse than ones costing $1500 from another manufacturer. Likewise, I’ve heard speakers priced north of $100,000 per pair, which only the über-wealthy can afford, that sounded abysmal compared to numerous speaker models at price points within the reach of a much wider range of consumers. I’ve seen and heard amplifiers priced over $100,000 that don’t perform as well as ones costing one-tenth of that. Still, you must understand this: The companies producing the more expensive yet inferior products are not necessarily committing some kind of fraud—it’s just that some companies are not as good as others when it comes to designing for good sound quality. But they are good at sticking high price tags on. 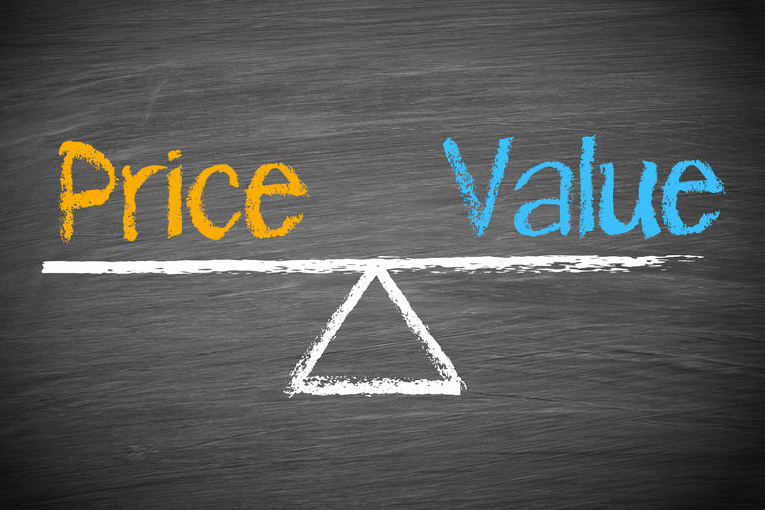 The thing is this: Consumers—and reviewers, for that matter—should be able to suss that out by simply listening to many products at all price points with an open mind and deciding which one sounds best. But the placebo effect of price keeps getting in the way and what ends up happening is that those very expensive products that aren’t the best sounding keep getting trumpeted as being the best—only because they cost more. What’s more, there are many hi-fi buyers so fixated on price that they’ll buy something expensive without listening to anything cheaper because they can’t believe it will sound as good. But then they’ll proclaim to the world that they bought the best-sounding product, even though there’s no way they can really know—which is why, about 20 years ago, one of our writers labeled buyers like this as rich guys running amok.

A similar thing happens with reviewers—who typically aren’t rich. A not-often-publicized fact is that when you become an established reviewer, companies will shower you with more equipment than you can imagine if you’re willing to review it—speakers, amplifiers, preamplifiers, cables, accessories, and more almost magically show up at your door. I’m not kidding—in the time it took to write this editorial, an integrated amplifier, a preamplifier, and a set of mono amps arrived. I just heard that a digital-to-analog converter is also on the way.

Some of the equipment that shows up is already quite expensive, but the natural inclination for most reviewers is to seek out gear that’s more and more expensive. That’s because when they see what they can get their hands on, they wind up like kids in a candy store and start asking for more. Before they know it, they’ve gone from reviewing components costing three and four figures to ones that run to five and sometimes six figures. I’ve run the SoundStage! Network for over 25 years, so I know first-hand how—and how often—this happens.

I can also tell you that it’s much easier to get people to write about expensive audio equipment rather than the inexpensive gear. Again, they’re being lured by price. In fact, when you ask some reviewers to review something that costs $400, rather than $4000 or $40,000, they’ll turn it down or they’ll make it seem like they’re doing you a favor if they do agree to do it. This not only does the readers a disservice, it ends up giving the reviewer less clout, too. That’s because a reviewer who fixates on, say, $40,000 components but doesn’t ever look at ones costing one-tenth or one-hundredth of that has a frame of reference that’s as messed up as the person who buys nothing but the most expensive things and never listens to anything at a lower price. This is what I now call reviewers running amok—and, frankly, you shouldn’t take advice from any of them. 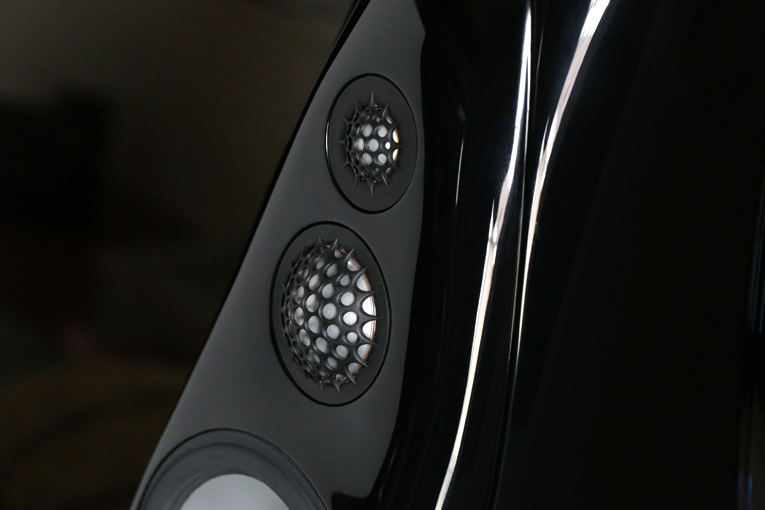 That’s not to say some of the very best-sounding components don’t cost a lot of money and aren’t worth what the companies are charging. The pursuit of the state of the art is rarely, if ever, cheap in hi-fi—and it typically isn’t in other industries. But in hi-fi, it doesn’t have to cost what some companies are charging. For example, if I had all the money in the world, I’d buy a pair of Vivid Audio Giya G2 Series 2 loudspeakers—simply because when I heard them, they sounded better than any of the speakers that have been in my room. They just happen to be $50,000 for a pair; a price that far exceeds what most people consider a reasonable amount to spend on loudspeakers, but is a pittance compared to what some other companies are asking for speakers. But nothing has sounded better to me in my room or elsewhere, so that’s why I’d get them. For me, it’s the sound that matters the most.

On the other hand, I’d have to think long and hard about all the other components I’d pair with them, since nothing springs to mind like those Giya G2s did. But rest assured, whatever amplification, source components, and accessories I’d choose would be picked for sound quality, not price. Based on all that I’ve learned about hi-fi over the years—even though I can’t tell you what those components would be right now—I’m sure they would cost far more than what the average person would consider to be a reasonable amount to spend on a hi-fi system. But I’m also sure they’d cost far less than what the rich guys running amok would be willing to drop without a second thought. The first thought being “Wow, that’s expensive—it must sound amazing!”