From Grounded to Getting Going Again—the SoundStage! Video Team Finally Gets to Focus on Paradigm's Founder Series

On March 6, 2020, I flew from Canada to the UK with our video team to create video content for the InSight, Shorts, and Icons series on our YouTube channel. While we were there, we visited three hi-fi companies in five days: KEF, Vivid Audio, and PMC. You can find the videos we shot during that trip on our channel. But now, looking back on that journey, it’s surprising it even happened—and so were the things that happened along the way.

Prior to our trip, COVID-19 was in the news, but at that time it was believed to be confined to certain parts of the world. Even though there were no general travel restrictions in place, some people at home did think we were completely out of our minds to hop on a plane to England at that time. But we didn’t think it was crazy, since the trip itself, even when we first arrived, seemed pretty safe to us—at least at the start. For example, our first stop was in Maidstone, Kent, which is where KEF is located. At that time, there was just one reported COVID-19 case in the area—and it was at some television studio. 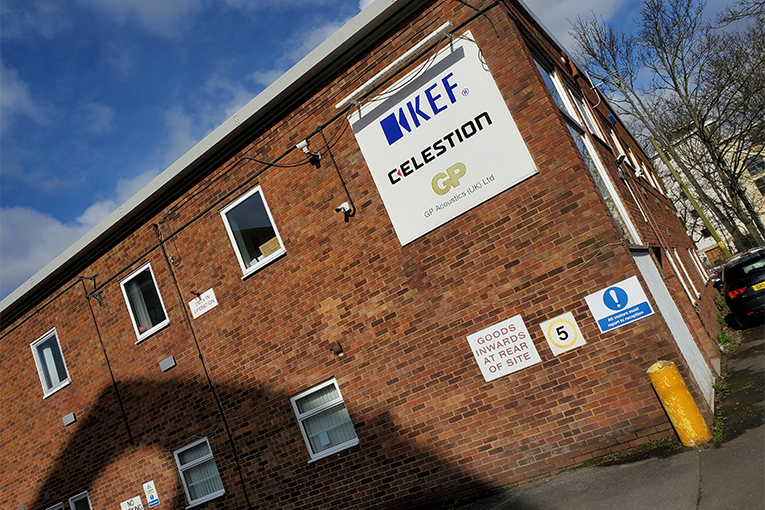 Toward the end of the week, however, things began spiraling out of control around the world, triggering a series of announcements that would change the world forever. At home, the first big change came on Thursday, March 12, when politicians declared that schools in Canada would be closing and sweeping travel restrictions would likely be put in place.

Those actions should’ve rattled us. But on that Thursday, the severity of what was happening still didn’t register because we were in Biggleswade, Bedfordshire, about to drop in to PMC’s headquarters. Biggleswade is a small, sleepy town of just over 15,000 people, about 40 miles north of London—certainly not one of the global COVID-19 “hot spots” we were beginning to hear about. What we mostly had on our minds that day was getting some great content at PMC, then sitting down for a few beers at the pub in the lobby of our hotel. 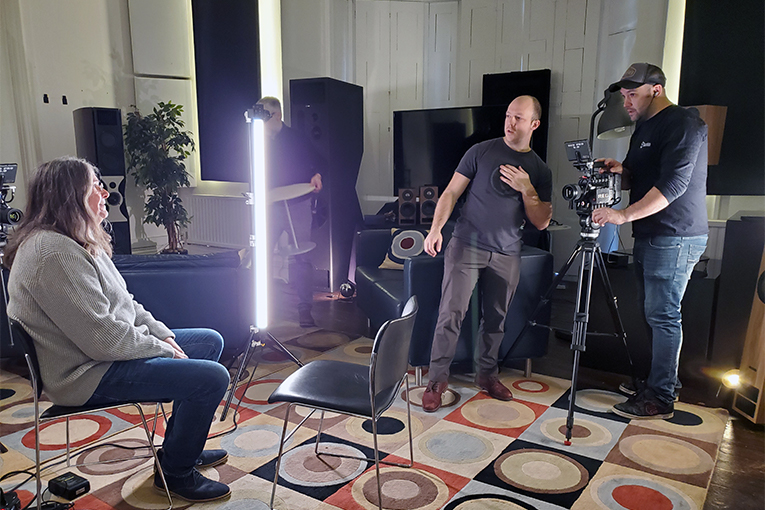 But Friday, when we traveled from Biggleswade to London to finish shooting PMC content at a pro-audio store called Funky Junk, was different. The moment we got to London we could sense the tension on the streets. When we were at Funky Junk, we could tell that everyone there was a little nervous, probably because they were becoming increasingly aware that this virus they’d been hearing about could overwhelm the city very quickly. So for the first time that week, no one shook hands—we were entering the era of the “elbow bump.” 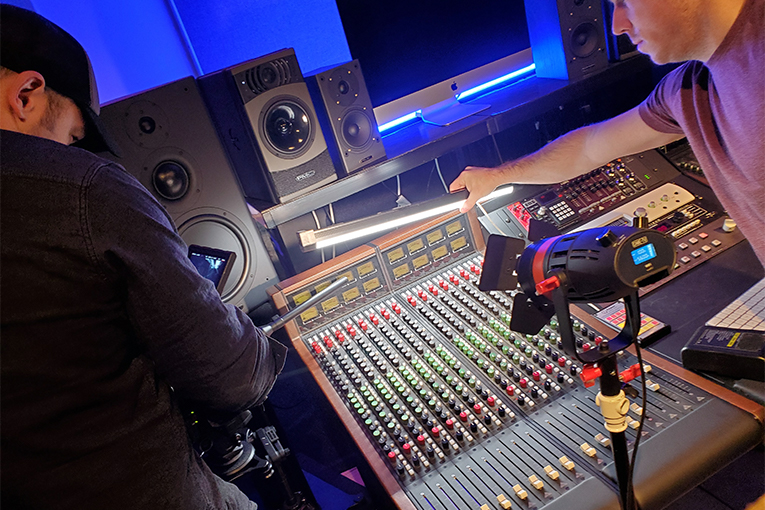 After we finished shooting at Funky Junk, it was a wrap for the week, so we took a London Underground train to our hotel. That’s when things started to get really weird. After we checked in, we went out for a meal at a nearby restaurant. There, the servers were friendly but we could tell they weren’t very comfortable dealing with customers; and the customers—us included—weren’t very happy either, because the virus was now on everyone’s mind. Then we took a long walk to Abbey Road Studios to kill a few hours, but before we retired to our hotel we went into a grocery store just around the corner to grab some snacks. There, we saw half-empty shelves, just like we’d seen on news reports from back home, and the unforgettable sight of people buying enough toilet paper to last them a year. That prompted me to turn to our chief videographer, Chris Chitaroni, and say, “Does this virus give you the shits?” 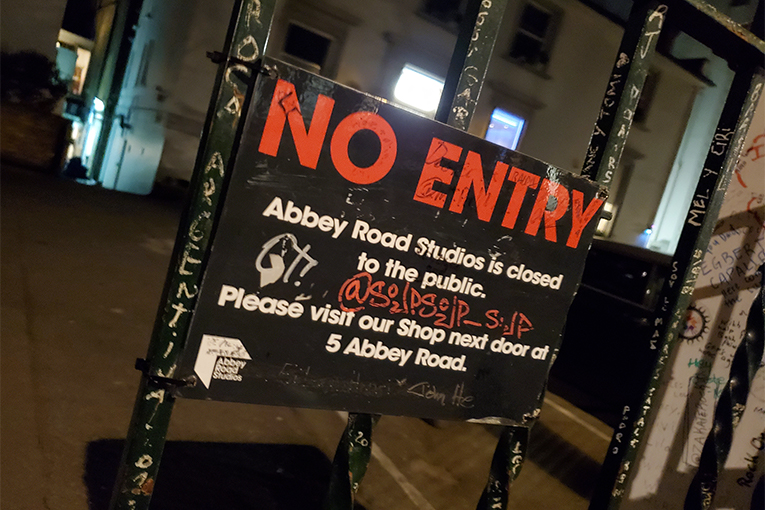 But as eye-opening as Friday night at the grocery store had been, it was on Saturday, the day we were flying home, that the severity of the looming pandemic became even more obvious. The moment that we walked into Heathrow Airport, we were floored to see thousands of people all clamoring to get on planes home—with a few wearing plastic raincoats and facemasks. At that point, it looked like everyone was in panic mode. 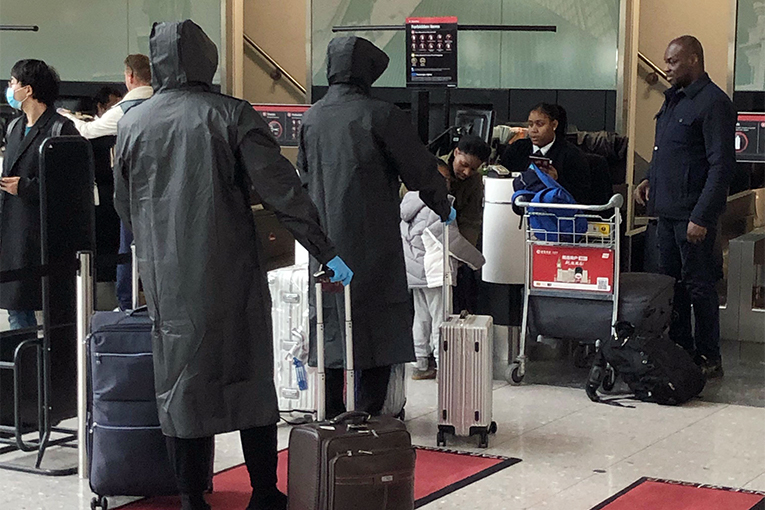 By the time we got back to Canada, all you could hear on the news was information about the drastic measures various countries were proposing in an attempt to stop the spread of the virus. Some of those measures included closing businesses and telling people to stay home, which at first concerned me because of our business—as in the SoundStage! group of sites. But before long, we learned that our sites actually benefited from people staying at home—with so many of them on their computers all day long, our readership went way up. For the most part, hi-fi manufacturers found the same thing—their businesses boomed because people were buying hi-fi gear to listen to while at home. And this also meant we received tons of review gear.

That said, the SoundStage! Network did get hurt in one way—we could no longer travel to create video footage for the InSight, Shorts, and Icons series. We were grounded. 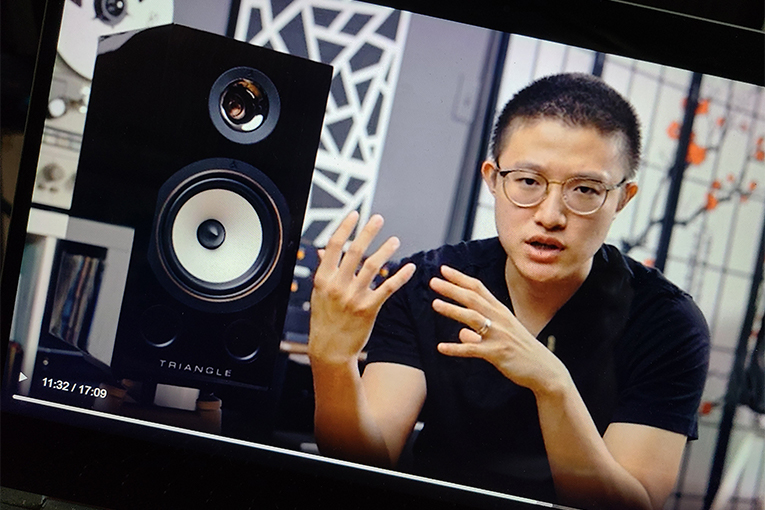 Thankfully, we had all the footage we’d shot on the three UK companies we’d just visited, so we were able to trickle out those videos through the fall. But, unable to get to any more companies, how could we keep our content rolling? We decided to create new content that we could shoot at home; and so, the Talks, Take 2, and most recently, the Real Hi-Fi series were born during the lockdowns.

But even though we had launched those new series, we still tried to find ways to visit companies again. Those trips had been such an integral part of our video-production procedures. A few times it looked like we might be able to travel somewhere to film, but, ultimately, we just couldn’t make it happen. For well over a year, our video team stayed home.

Last month, however, there was a breakthrough—on July 7, we were able to visit Paradigm Electronics for a couple of days to shoot new InSight episodes. Granted, for us, traveling to Paradigm isn’t like going to England or Italy, or even somewhere in the United States—located in Mississauga, Ontario, the Canadian speaker manufacturer’s facility is less than five hours by car from the SoundStage! Network’s HQ—but it was still an important trip. One reason for that is the massive scale of Paradigm’s factory—everything from the cabinets to the crossovers to the components of the drivers are manufactured within the company’s 225,000-square-foot facility. So it’s a super-impressive place. Another reason is that we wanted to focus on the company’s new Founder Series speakers, which debuted earlier this year. 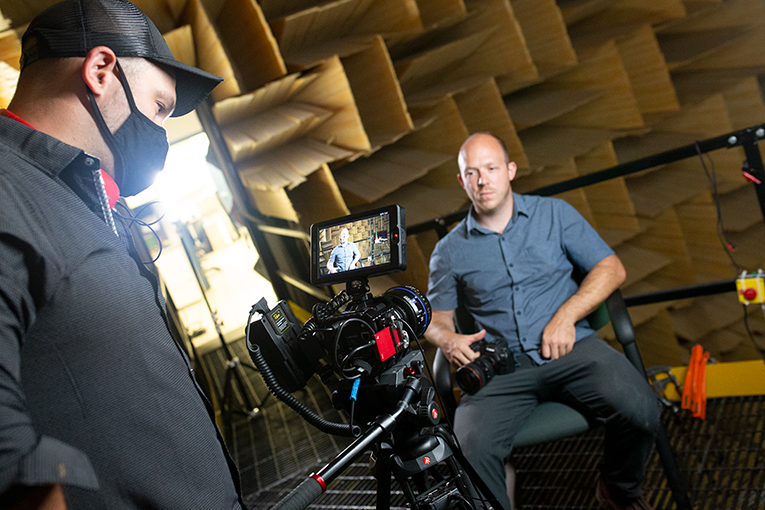 While Paradigm has launched many speaker lines over the years, the Founder Series represented a particularly important launch because they’re the first models to be introduced since Scott Bagby and his son John bought back full ownership of the company in May 2019. Scott cofounded Paradigm in 1982 with Jerry VanderMarel, and I wrote about the company’s story on this site in October 2019. The Bagbys felt it was vital that the company hit the ball out of the park with the first speaker line designed under their control. I reviewed the Founder 100F loudspeaker last month—and if my experience is indicative of what’s offered by the other speakers in the line, they certainly did.

We shot footage for two InSight videos over those two days. The first video, which is already up on YouTube, focuses on the design goals and main technologies for the Founder models. The other video, which will be on YouTube this month, goes more into detail about each speaker in the line. The two videos are meant to complement each other, to give viewers a full overview of the Founder loudspeakers, but without taking up too much of their time—we try to keep InSight episodes to around five or six minutes each, to keep viewers’ engagement high. I’ll let you watch the videos to judge if we succeeded.

I confess that I felt a bit of nervousness when I walked into Paradigm with the team on the first day—something I haven’t felt in a very long time. Since we started the InSight series in early 2014, we’d been traveling and shooting episodes regularly until that fateful March 2020 trip. We’d developed a really good set of processes that made it a piece of cake to shoot footage at companies we visited. But with the coronavirus lockdowns keeping us at home for well over a year, I was worried that the team would be a little rusty and things wouldn’t go as smoothly as they previously had.

My worries were unfounded. When we spread out in Paradigm’s facility and began shooting the manufacturing of the speakers and conducting interviews with key personnel, it was obvious that no one on our team had lost their touch. At the end, everyone on the team agreed that the two-day shoot went as well as any we’d shot prior to being grounded. In fact, after we had our bags and cases packed and were hauling them out the front doors of the Paradigm headquarters, Chris Chitaroni turned to me and said with a hint of excitement in his voice, “When’s the next one?”

I didn’t even have to think before I replied: “The way this one went, I’m sure it will be soon.”

So here’s hoping that we can all travel safely again—and that these Paradigm videos are the first of many that we’ll shoot at hi-fi companies before 2021 is over.