Why in the World Are Audiophiles Digitizing Vinyl? 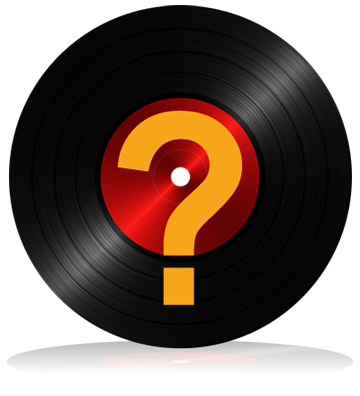 When the Compact Disc was unleashed on the world, in 1983, some audiophiles were quick to embrace its low noise floor and freedom from pitch instability. Others ran screaming from its brittle highs, flattened soundstage, and generally sterile sound. Over the next decade, digital sound steadily improved, CDs became the dominant medium for music releases, and new LP pressings were increasingly scarce. Previously dedicated vinylphiles were compelled to adopt digital playback if they wanted to hear any new music. They were also forced to face the real possibility that the LPs they had were likely to be the only ones they ever would have.

Since LPs degrade slightly with each playing -- though not so much as many neurotic audiophiles fear -- some people began looking at ways to archive their collections. Digital Audio Tape (DAT) was the first viable option. By the early 1990s, DAT recorders cost little enough that you didn’t need to be a major recording studio to afford one, and the blank tapes themselves were pretty cheap. The sound quality may have been inferior to the original LP, but you didn’t have to worry about doing irreparable harm to one of your precious LPs with each listen.

The second, bigger wave of interest in digitizing vinyl came with the plummeting prices of CD recorders. Now it was possible not only to archive your vinyl collection, but to easily take that music with you for playback in a second system or -- probably more important -- your car. The convenience of the CD copies was undeniable, but their sound still suffered in direct comparison to the original vinyl. The same could be said of the many computer-based solutions that followed. Even when higher-than-CD-resolution analog-to-digital converters (ADCs) were used, the end product was usually still a CD -- with its 22.05kHz frequency-response limit and poor impulse behavior.

This year’s Consumer Electronics Show saw a plethora of new products from audiophile companies for digitizing LPs. They range from turntables with USB outputs that cost a few hundred dollars to the Ayre Acoustics QA-9, which, at $3995 USD, requires that you already have a complete analog front-end. The proliferation of such products is not necessarily due to advancements in A/D conversion, though some have been claimed; rather, it’s driven by the migration of many audiophiles to computer-based playback systems, many of which are compatible with high-resolution files.

Digitizing your vinyl collection means that you can easily search it, build playlists, and take it with you -- all of the benefits we’ve come to expect from this new computer-based paradigm. Sophisticated software can remove ticks, pops, and surface noise while minimally altering the music itself. As with previous digital archiving, you need no longer fear that your records will suffer wear or the possibility of scratches. Freedom from the CD also means that more of the musical information can be retained through the A/D and D/A conversion processes -- but can it equal the sound quality of the pure analog path?

Channel D’s Pure Vinyl software presents the intriguing possibility of performing the A/D conversion on the linearly amplified output of the phono cartridge, and doing zero phase equalization in the digital domain. The latter has some theoretical advantages over the regular passive or active RIAA EQ built into every phono preamplifier, but I’ll leave that product aside for the time being. Every other system of vinyl digitization simply puts the A/D conversion after a typical phono stage, whether the phono stage is built into the product or external to it. Every ADC has its own sonic signature, just as does every DAC, so inserting an A/D-to-D/A process must necessarily reduce the fidelity of the signal. The questions are two: To what extent is that fidelity reduced? To gain all of the advantages of digitization, how much loss of fidelity is acceptable?

Most of us who still love vinyl are firmly convinced that a pure analog (AAA) LP can contain information that a CD can’t. If you need objective proof, please read my article on the recent CD and LP editions of "The Decca Sound." But which bit depth and sample rate are required for the digitized version to be indistinguishable from the original analog waveform?

Looking for information about the maximum frequency response for an LP and analog playback system gave me numbers all over the map. I saw some claims as high as 100kHz, and other suggestions that it didn’t even make it to 20kHz. Based on some of my own experience, and looking at various cartridge specifications, I would put the upper limit at 40-50kHz, while acknowledging that very little program material is likely to require that bandwidth. Such figures suggest that digitizing vinyl at 96kHz would be sufficient to adequately represent the analog waveform. However, higher sample rates are not only about preserving very high-frequency information. They also more faithfully record transients. (For a deeper technical discussion of the subject, please see my article on sample rates, "Understanding Digital Music -- What Bit Depth and Sample Rate Really Mean: Part Two.")

The trouble is that because I was unable to find any information about vinyl’s transient- or impulse-response characteristics, I can’t calculate the required sample rate. One possible experiment would be to play an LP with a complex waveform -- one containing a sharp transient or other very high-frequency information -- and digitize it at a very high sample rate, likely using an oscilloscope. The same analog waveform could also be digitized using converters running at 192, 96, and 44.1kHz, to determine how much detail is lost. However, that would not tell us how relevant that detail is to the listening experience.

Since the purpose of digitizing vinyl is generally to listen to the result using our ears rather than electronic measurement tools, and since not all ADCs operating at the same resolution sound exactly the same, listening tests remain the ultimate arbiter of quality in any assessment of such components. Do some ADCs -- the complete circuit, not just the chip -- sound so much better that they justify a significant price premium? What features are required from the hardware and software for best performance and ease of use?

We have occasionally received e-mails about digitizing vinyl, and some of our writers have experimented with various solutions over the years. What we would like to know is whether our readers are interested in seeing reviews of these products, and/or a technical investigation of what actually might be required to faithfully archive a high-quality vinyl pressing. The only way we’ll know is if you write to us and tell us what you think. We look forward to hearing your thoughts.