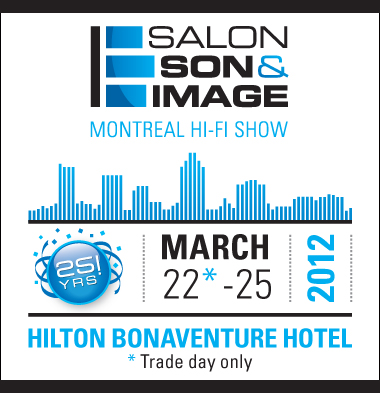 Most of the work here at SoundStage! Hi-Fi revolves around writing equipment reviews. But SoundStage! Hi-Fi is part of the larger SoundStage! Network, so a good part of our overall work plan involves show and event reports that are published on SoundStage! Global, a sister site. In fact, our proficiency at producing on-the-spot reports, developed over the 15 years we’ve been covering such events, has allowed us to gain a strong advantage over our competitors -- to the point that now we’re no longer merely covering events, we sponsor and host events of our own.

There are two events in March that the SoundStage! Network is intrinsically involved in. The first is Salon Son & Image, which takes place March 22-25 in Montreal, Quebec, Canada -- and for which the SoundStage! Network is an official media sponsor. Salon Son & Image, aka SSI or "the Montreal Hi-Fi Show," is Canada’s longest-running audio show. This year marks SSI’s 25th anniversary.

On March 22, SSI is open only to trade personnel, but on March 23-25 it’s wide open to the public. The SoundStage! Network will assemble its largest team ever in Montreal, and we’re organizing two panel discussions featuring top designers from a number of companies. One panel will be about the current state of the Compact Disc and the future of computer-based audio; the other will be about loudspeaker design. These discussions are intended to be as entertaining for consumers as they will be educational.

Montreal is an amazing city to visit, and surprisingly close to the Canada/US border. It’s also very accessible by car, air, and rail transit -- we encourage audiophiles from all over to attend what will undoubtedly be one of 2012’s finest consumer-based audio events in North America. For more information, visit the official SSI website, www.SalonSonImage.com. And if SSI is already underway as you read this, visit www.SoundStageGlobal.com to witness firsthand what’s happening there.

The second event takes place the following weekend, and it’s our own: TWBAS 2012. TWBAS stands for The World’s Best Audio System, a regular feature written by editor-in-chief Jeff Fritz for Ultra Audio, another sister site, and focusing on the finest and priciest audio equipment in the world. In 2004, TWBAS went from being a straightforward feature to an actual event showcasing a cost-no-object stereo system. The last physical manifestation of a complete TWBAS system comprising components from around the globe was TWBAS 2009, and it was a huge success -- the system sounded fantastic, and tens of thousands of enthusiasts from all over the world read about it on the cyberpages of the SoundStage! Network. 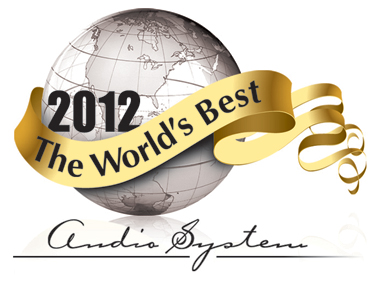 The components making up TWBAS 2012 come from seven manufacturers based in five countries: AudioQuest (US), Esoteric (Japan), Magico (US), Silent Running Audio (US), Torus Power (Canada), Vitus Audio (Denmark), and WideaLab (South Korea). The system’s total cost approaches $500,000. Coverage of TWBAS 2012 has already been published on SoundStage! Global, including a video introduction shot in January in Las Vegas -- and you can read about the various products in equipment profiles published in Global on February 1. TWBAS 2012 happens in North Carolina, USA, on March 30 and 31, 2012; it’s a trade-only event, but of course, the SoundStage! Network team will be there to provide on-the-spot coverage, so you can follow along -- and, naturally, all coverage will be posted on www.SoundStageGlobal.com.

TWBAS 2012 also spawned something new -- another website, SoundStageRecordings.com, launched February 1. The site primarily came about as a result of Norwegian recording company 2L’s involvement with TWBAS 2012 -- to commemorate the event, they produced a sampler recording for the SoundStage! Network. The sampler contains 21 tracks available in resolutions of 16-bit/44.1kHz, 24/88.2, and 24/176.4. The 16/44.1 (CD resolution) version costs just $10 for all 21 tracks; the 24/88.2 and 24/176.4 versions are just $20. We wanted to offer audiophiles something very good at a reasonable price, and offering the 2L sampler via download from SoundStageRecordings.com has allowed us to do just that. The initial response to this recording has been good -- it’s already been purchased by buyers from around the world. Expect more recordings to be available from SoundStageRecordings.com in the near future.

But exhaustive coverage of Salon Son & Image and TWBAS 2012 isn’t all the SoundStage! Network is doing in March -- we haven’t neglected our core job of publishing reviews of the world’s best audio equipment, and this month we’re publishing as many of them as we do any other month of the year. Months like March just mean more writing for us, and more fun things for our readers to enjoy.