Last month, we recognized the DS Audio DS 003 optical cartridge and its companion DS 003 phono preamplifier with a Recommended Reference Component award. As Jason Thorpe explained in his review of that combo on this site, DS Audio’s cartridges don’t “rely on magnets and coils to generate an electrical signal.” Instead, DS Audio cartridges use LEDs and light sensors, and the resulting signal must then be boosted and equalized by a phono preamplifier designed specifically for optical cartridges.

When DS Audio first introduced its cartridge technology around ten years ago, the company had to design and build its own phono preamplifier. Currently, DS Audio is still the sole manufacturer of optical cartridges, but other companies are now producing compatible preamplifiers; one such company is Canada’s EMM Labs, which is based in Calgary, Alberta. 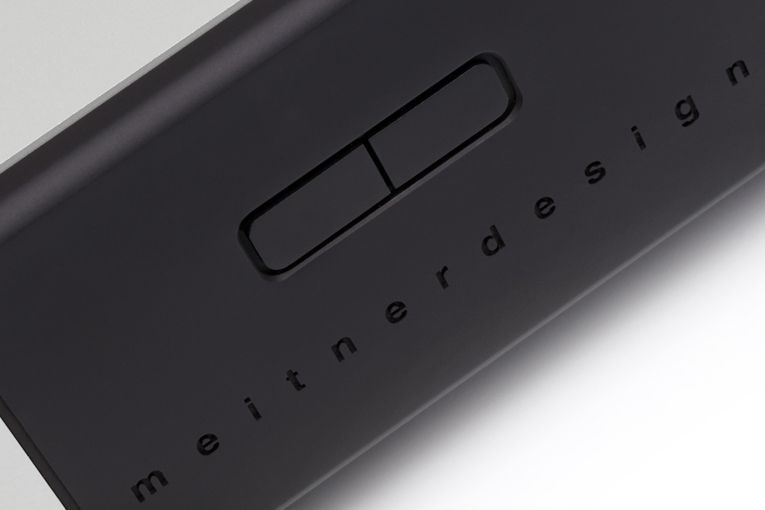 Founded in 1998 by legendary audio designer Ed Meitner to work with Sony on its DSD project—Meitner himself designed the single-bit converters required—the brand went on to produce its own range of components: digital-to-analog and analog-to-digital converters, disc players and transports, preamplifiers, power amplifiers, and, most recently, its first phono preamplifier. The DS-EQ1, which Jason Thorpe reviewed on this site on October 1, is priced at $12,500 (all prices in USD) and is compatible with DS Audio’s optical cartridges—but not with traditional moving-magnet and moving-coil types. Although MM and MC compatibility would have been easy to implement, Meitner feels that the technology behind them is too crude.

In his review, Jason described the DS-EQ1 as “a dense, solid component with a reassuring feel.” He went on to explain that its “milled aluminum panels are finely bead-blasted—resulting in a silky matte finish—the panels fit precisely together without gaps, and the controls operate with military precision.” But he pointed out that those controls are “sparse,” which is part and parcel of DS Audio’s cartridge technology. Unlike traditional cartridges, optical cartridges don’t require phono-preamplifier adjustments for gain, impedance, or capacitance. As a result, there’s only a rocker switch on the DS-EQ1’s backside for power, plus a standby button on the left of the front panel, and two more buttons in the center of the panel: one to turn the cartridge’s LED on and off, and the other to toggle a 15Hz high-pass (i.e., rumble) filter. 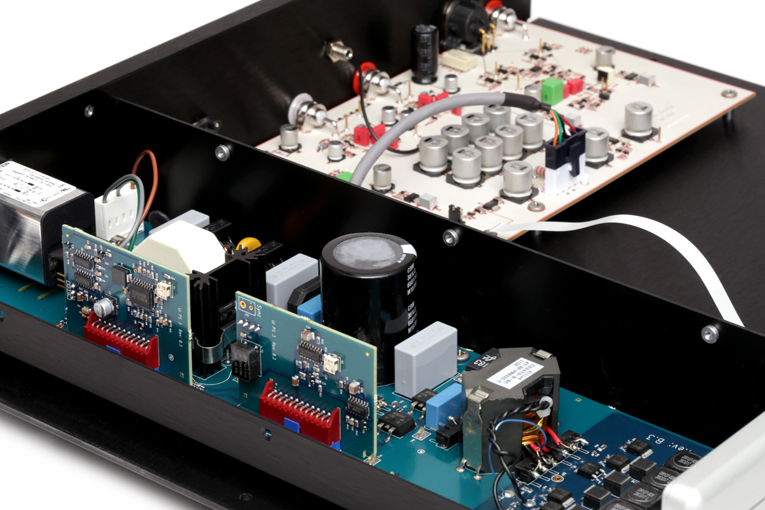 Jason pointed out that the DS-EQ1’s price is “about three-and-a-half times that of the DS 003’s $3500,” but found that the phono stage “quite literally opened up the worlds lurking inside the records” he played through it. For example, after playing The Tragically Hip’s Live at the Roxy (Universal Music Canada 4517763)—a recording that was once a bootleg but is now a commercial release—Jason wrote: “Listening—really, really loud—to ‘Cordelia,’ I heard, and felt, the musicians wrap themselves around me, in a physical embrace that quite literally took my breath away. . . . This feeling of coherence, of the music having a well-defined whole that I could easily bust down into its individual components, ended up being the defining characteristic of the DS-EQ1.” After hearing this album, Jason also stated that the DS-EQ1 was “a touch more neutral, more restrained, up top than the DS 003.”

After playing Laurie Anderson’s Bright Red (Music On Vinyl MOVLP2539), Jason penned: “I was just clobbered by the deep, drop-down bass notes in ‘Speechless.’ Rounded, juicy synthetic rolling low notes filled my room. Wave after wave, redolent with subtle inflections of tone and density.” With this recording, he also found that the less-expensive DS 003 phono preamplifier lacked the “inner details,” and noted that “those subtle inflections were hinted at, but not fully realized” as they were with the DS-EQ1. 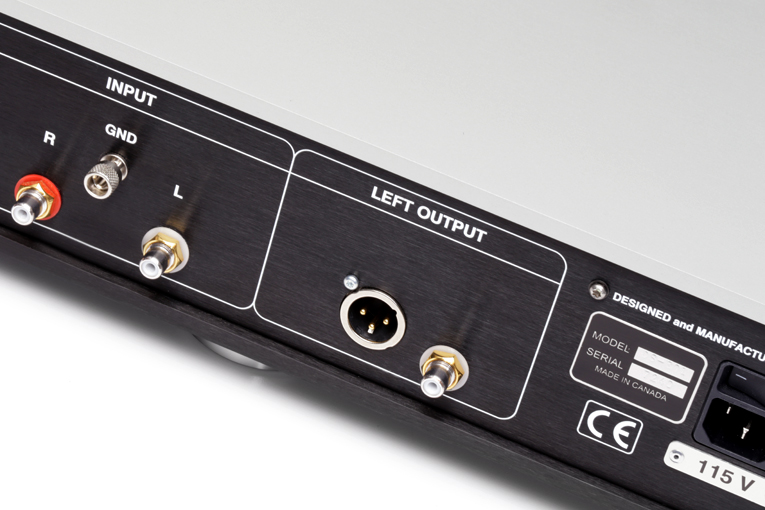 Then there was King Crimson’s Larks’ Tongues in Aspic (Atlantic SD 7263 0269), which, for Jason, ended up being more like a workout than a listening experience:

I just listened to side 2 twice straight through, loud. The bite of Fripp’s guitar, Bruford’s cymbals, and Muir’s percussion made my eyes water. The DS-EQ1 did nothing to soften the edges of this terrifyingly complicated music. The conclusion of “Easy Money” is an all-out assault that is rather difficult to sit through without actually wincing a bit. Everything’s thrashing around, and the DS 003 System just lashes it out at you. Huge space around the instruments, percussive attack, deep bass—it’s all there. But with the DS-EQ1 there was an additional layer of detail, of precision, in the positioning of each instrument. Sliding into “The Talking Drum,” David Cross’s violin came grumbling in, and it was another physical presence fighting for my attention. The violin inhabits the same position in the speaker plane as Fripp’s nightmare guitar, but the DS-EQ1 kept them distinct via depth delineation, and as they built to the start of “Larks’ Tongues in Aspic, Part Two,” I actually began to sweat.

Jason noted “a better feeling of front-to-back image placement via the DS-EQ1” compared to DS Audio’s own preamplifier, and found that the EMM Labs preamp “extracts every granule of texture from an instrument’s image.” In his review, Jason stated that he couldn’t find “any facet of the DS-EQ1’s performance that dissatisfied” him, even after a couple of months of listening. His only complaint: “It’s twelve-and-a-half grand for a silver box.” In other words, DS-EQ1’s high price is its only real fault. 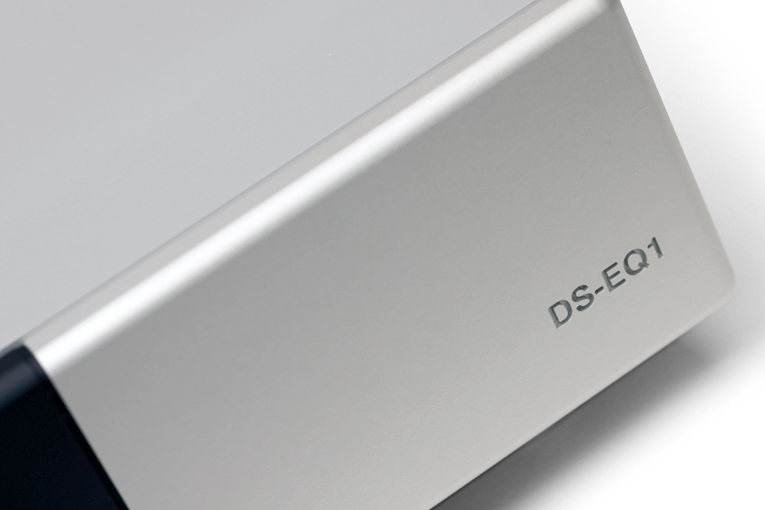 However, Jason offered sage advice about the price near the end of his review: “Within audio, more money doesn’t necessarily mean more better. More money can result in better sound quality, but there’s no guarantee.” He went on to say that “the nine large above the cost of the DS 003 phono stage is more than just justified,” citing its build quality, which in his view “surpasses the DS 003,” as well as “the improvement to the bass, the refinements up in the top end, and the holy-shit imaging.” Those accolades, among many others within Jason’s review, earned the DS-EQ1 a Reviewers’ Choice award when the review was published—and have also earned the DS-EQ1 a Recommended Reference Component award this month.