Active speakers using digital signal processing (DSP) aren’t new—they’ve been part of the audiophile landscape for more than 30 years, although they were prohibitively expensive back when and have been getting far more affordable in the last decade or so. But what can be considered new are some of the features now being implemented on active speakers, such as wireless connectivity and music streaming. And in the case of Dynaudio’s Focus 30 loudspeaker system, which Gordon Brockhouse reviewed on SoundStage! Simplifi on December 1, room correction. For the Focus 30 system, room correction is provided via Dirac Live, and we believe this is the first time that Dirac Research’s software has been implemented directly on a speaker system.

Priced at $8250 (all prices in USD) and sold only in pairs, each Focus 30 speaker stands just over 3′ tall (with outrigger legs and feet). The 2.5-way crossover configuration comprises a 1″ soft-dome tweeter and two 5.5″ bass-midrange drivers, which have cones made from magnesium silicate polymer. A 110W class-D amplifier powers the tweeter, while each bass-midrange driver has its own 280W class-D amplifier. According to Gordon, “those amplifiers are sourced from Copenhagen-based Pascal A/S, which supplies amplifiers for Dynaudio’s flagship professional studio monitors, the Core series.” The finish options include Black High Gloss, White High Gloss, Blonde Wood, and Walnut Wood. 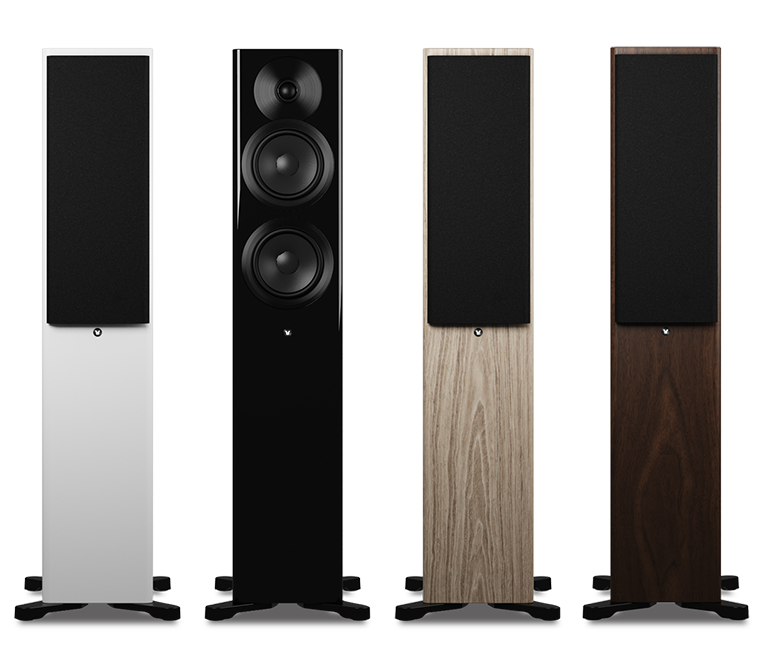 As Gordon described in his review, each stereo pair comprises “a primary and a client speaker. The primary speaker has all the inputs and networking components, and can send 24/192 PCM audio to the client speaker over a coaxial S/PDIF (RCA) cable, or wirelessly at up to 24/96 resolution using WiSA (Wireless Speaker and Audio) technology.”

To tailor the sound of the Focus 30 system, Gordon used the Speaker Settings option within the Dynaudio app to fine-tune the speakers:

The Room Optimisation function lets you alter bass output to suit speaker placement. There are three options: Neutral (the default setting, for situations in which the speakers are installed away from room boundaries), Wall, and Corner. There’s also a slider control for activating Dirac Live room correction. When you enable Dirac, the app’s Room Optimisation settings are overridden. You can store five different Dirac settings on the Focus 30. 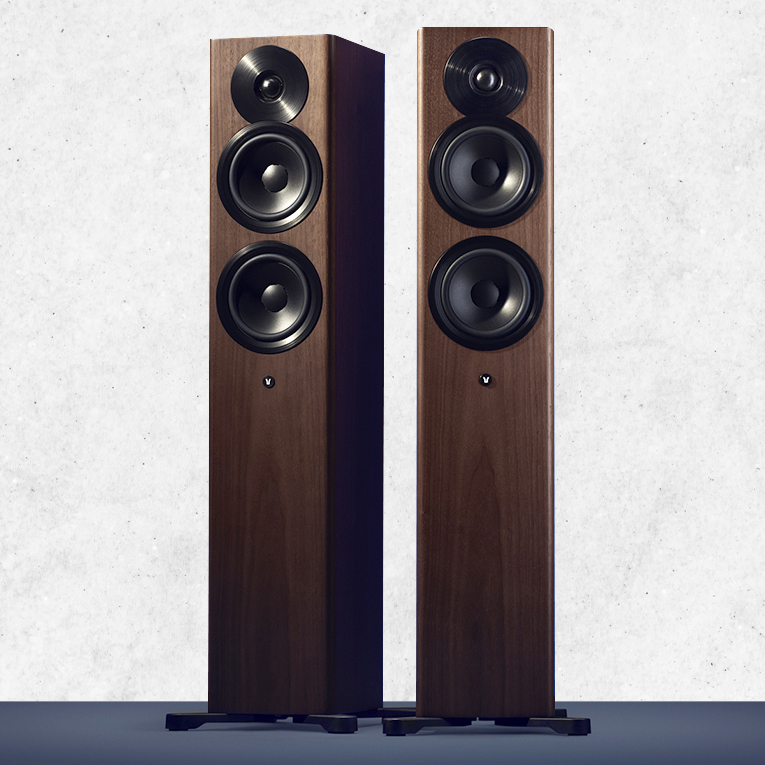 Gordon set the speakers up 7′ apart and 7.5′ from his listening position, with their backs 16″ from the wall behind them. But the setup wasn’t ideal because “the left speaker faced a doorway that opens into a hall, while the right speaker faced a lath-and-plaster interior wall.” As a result, Gordon made substantial use of Dynaudio’s own room optimization feature and Dirac Live to fine-tune the speakers to achieve an ideal sound, and he describes the process in detail in his review. The music selections Gordon played as he tuned the Focus 30 system included “La Fiesta,” by Chick Corea, Christian McBride, and Brian Blade, from Trilogy 2 (24-bit/192kHz FLAC, Concord Jazz / Qobuz); David Crosby’s “Laughing,” from the 2021 remaster of If I Could Only Remember My Name (24/96 FLAC, Rhino Atlantic / Qobuz); Youn Sun Nah’s version of Nat King Cole’s “Calypso Blues,” from her album Voyage (24/88.2 ALAC, ACT Music); and what he described as “the most famous orchestral work by Denmark’s best-known composer: Carl Nielsen’s Symphony No. 4, ‘The Inextinguishable,’ with the Danish National Symphony Orchestra conducted by Fabio Luisi (24/96 FLAC, Deutsche Grammophon / Qobuz).”

Gordon pointed out that he “appreciated the Dynaudio app’s ability to optimize the two speakers independently,” but with Dirac Live, the improvements it made to the music he listened to were often “transformative.” Accordingly, prospective buyers are encouraged to buy the license for either the full- or limited-bandwidth version of Dirac Live to use with these speakers. 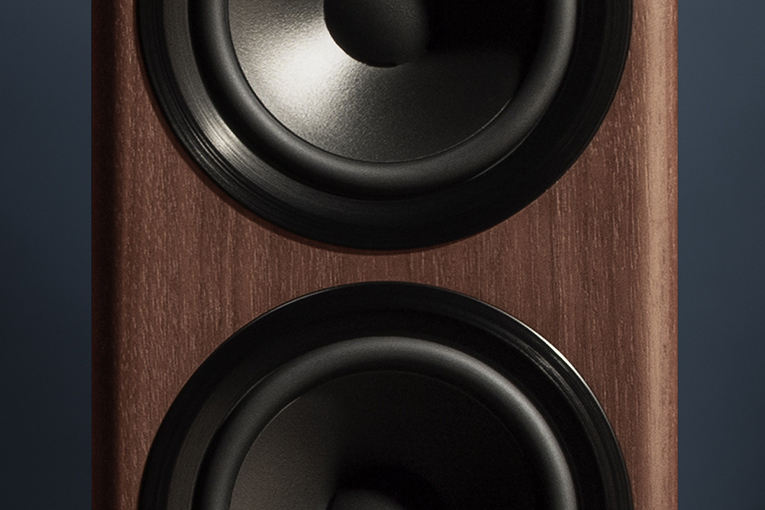 For a thorough workout, Gordon first compared the Dynaudio Focus 30 speaker system to KEF’s LS60 Wireless active speaker system ($6999), which was recognized with a Recommended Reference Component award in September. He used the features built into each system’s accompanying app to optimize their sounds in his room.

Listening to “La Fiesta” and “Laughing,” Gordon felt that neither system emerged a true winner because they both exhibited strengths based on both the music played and the app settings chosen. For example, with “Laughing,” Gordon wrote that “the KEF system had more scale, but the Dynaudio system was far more transparent.” With “La Fiesta,” he noted that he “preferred the KEF system by a slight margin, but the fact is both systems sounded glorious.” 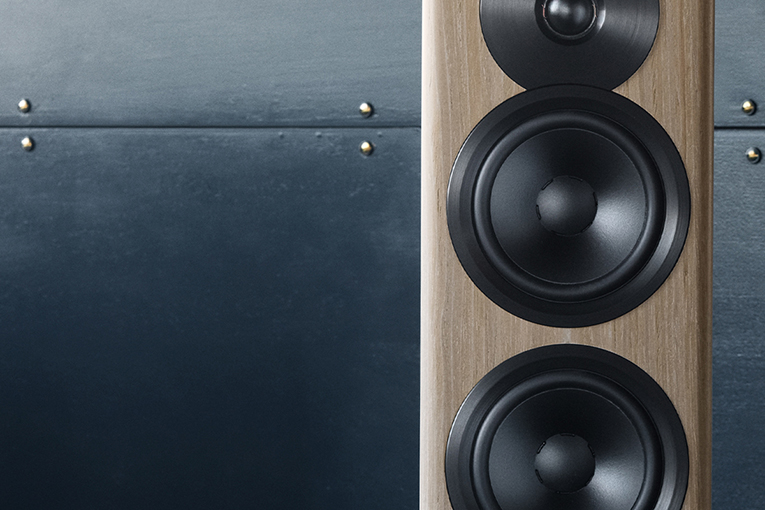 Gordon next compared the Focus 30 system to his Elac Navis ARF-51 active floorstanding speakers ($3999.96/pair) connected to his NAD C 658 streaming DAC-preamp ($1999). He wanted to make this comparison because the KEF system doesn’t have Dirac Live, but Gordon had previously purchased the full-bandwidth upgrade for the basic Dirac Live version included with his C 658. This meant he could optimize the Dirac Live settings for both setups to exploit the full potential of each system in his room. He describes the results in his review:

At the end of Gordon’s exhaustive review, he concluded that the Focus 30 system “deepened” his “admiration for Dynaudio’s active speakers,” and that he was “won over by the Focus 30’s transparent presentation, effortless dynamics, pinpoint imaging, and bass extension.” Gordon added that he “loved the look of the speakers” in his living room, but the support for Dirac Live is “the clincher” when it comes recommending this speaker system to readers. Gordon’s praise in his review earned the Focus 30 speaker system a Reviewers’ Choice award at the time it was published—and that same praise has now earned it a Recommended Reference Component award. Suffice it to say, DSP-based active speakers have come of age for those who are serious about sound—and Dynaudio’s Focus 30 has the features to optimize that sound, too.