A hot topic among today’s hi-fi consumers is whether it matters where a company’s products are made. This topic can veer off in myriad directions, but the elephant in the room is China. Labor rates are low there, but ethics and human rights are a concern—yet it’s where many European and North American companies offshore manufacturing, either to third-party manufacturers or factories they own there.

As with so many things these days, extreme positions get taken on the manufacturing topic, particularly when it comes to China—some people won’t buy any products made in China, but others have no qualms, particularly if the price is lower. Then there are those whose feelings fall somewhere in the middle. Keep this in mind, though—quality isn’t the issue. Amazing products come out of China, in hi-fi and otherwise—just look at your phone. We’re talking about where it’s made, not how.

But Chinese manufacturing isn’t the only thing. If a company simply outsources its manufacturing, whether home or abroad, that can become an issue too. In the more than 25 years that I’ve been a hi-fi reviewer, one thing I’ve learned is that many audiophiles feel the products they buy are special; and often would prefer the companies that make them to do it in factories they own and run, in their home countries, even if it makes them more expensive. These are the people I’m writing this article for.

As the founder of the SoundStage! Network, I’m in a fortunate position—I get to travel to hi-fi companies and see exactly what goes on there. I also get to talk to the people who run these companies and find out how they feel about various topics, including the matter of where things are made. For the most part, they’ve been happy to be candid with me. In fact, the topic of where something gets manufactured last came up in Calgary, Alberta, the Canadian city where sister-brands EMM Labs and Meitner Audio were founded and still reside. We were there shooting videos for our YouTube channel. 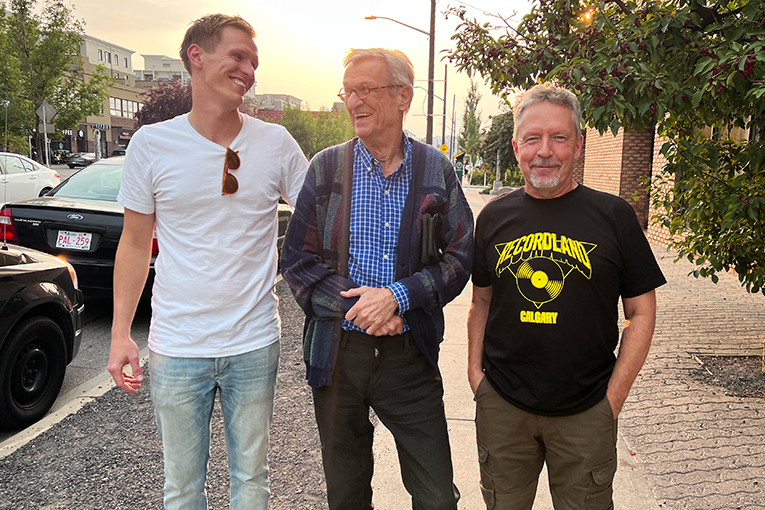 But before I get to what was said, a little history is in order: EMM Labs was established in 1998, while Meitner Audio was created in 2012. They’re younger brands than the others I’m highlighting in this article, but Ed Meitner, who founded both, has a history in Canadian-made audio products that dates back to the early 1970s. Meitner worked on the design of the legendary Olive recording console, which was first envisioned by Wayne Jones in 1969, then turned into a full-fledged development project by Olive Electrodynamics, a company founded in Montreal in 1971. After various other electronics projects in the 1970s—including designing distortion analyzers for Amber, a Montreal-based test-equipment manufacturer—Meitner got into consumer audio, which led him to create the now-legendary Museatex brand name in the early 1980s. Museatex was also based in Montreal.

When I was having dinner with Meitner on the final night I was in Calgary, he told me that he’d never outsource the manufacturing of his brands’ products to China or elsewhere, even if it meant he could sell them for less. I also learned that the made-in-Canada mantra is a source of pride not only for Ed Meitner, but also for others in his company. Ed’s son, Amadeus Meitner, works there, and when we were interviewing him, Amadeus made sure to point out that all the assembly work is done in the Calgary factory, the boards for all the products are manufactured right in Calgary, the casework is created in Toronto, and almost all the parts are sourced from Canadian suppliers. 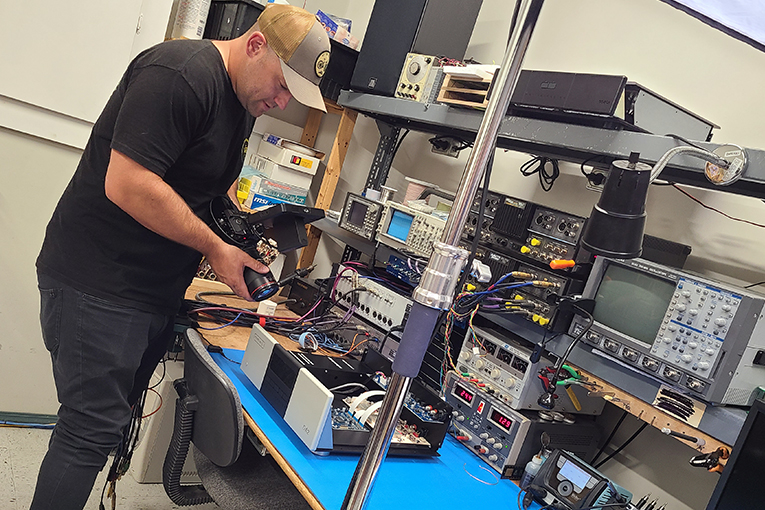 But I didn’t just have to take his word for it—I walked around the factory and saw that everything he said was true, because I could see the products being made and tested, and I could see the box labels indicating where all the parts were coming from. As a result, I left EMM Labs and Meitner Audio knowing everything they produce is made in Canada, right there at the Calgary facility, just like it says on the products’ back panels.

It was when my plane was taxiing to leave Calgary that I was hit with the realization that I’d recently visited two other long-established Canadian companies that make their products in Canada in their own factories. (That moment was also when I knew I had to write this article, because I could see a common theme to build a story around.) One of those companies was Bryston, which I visited at the end of August, about three weeks before I went to Calgary. 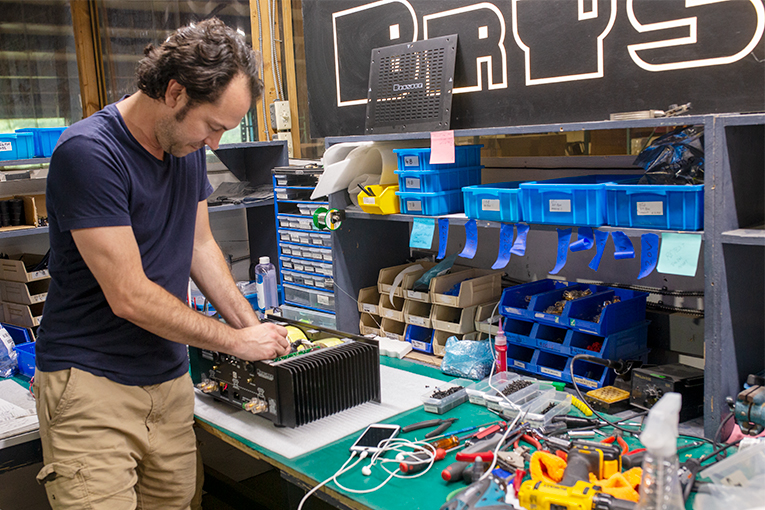 Bryston’s roots date back to the 1960s, when it was creating medical equipment under the ownership of John Russell. The company moved into hi-fi in the 1970s when one of Russell’s sons, Chris Russell, began designing amplifiers and preamplifiers. Chris’s designs were a success, and it wasn’t long before hi-fi became Bryston’s core business, and the brand name got known around the world for its quality and reliability.

But in 2020, tragedy hit Bryston when company president Brian Russell, one of Chris’s brothers, died unexpectedly. At the time, Chris was CEO, and he decided that a good succession plan for Bryston was necessary. He sold the company to Ian Colquhoun, owner of speaker-maker Axiom Audio, which Colquhoun had founded in 1980 in Dwight, Ontario, Canada, where it remains. It was a logical pairing because Axiom Audio and Bryston had collaborated on Bryston’s speakers for years—they were co-designed by the two companies, but manufactured in full by Axiom Audio. James Tanner, who had handled Bryston’s sales and marketing since the 1970s, partnered with Colquhoun in the purchase of Bryston and was named CEO. 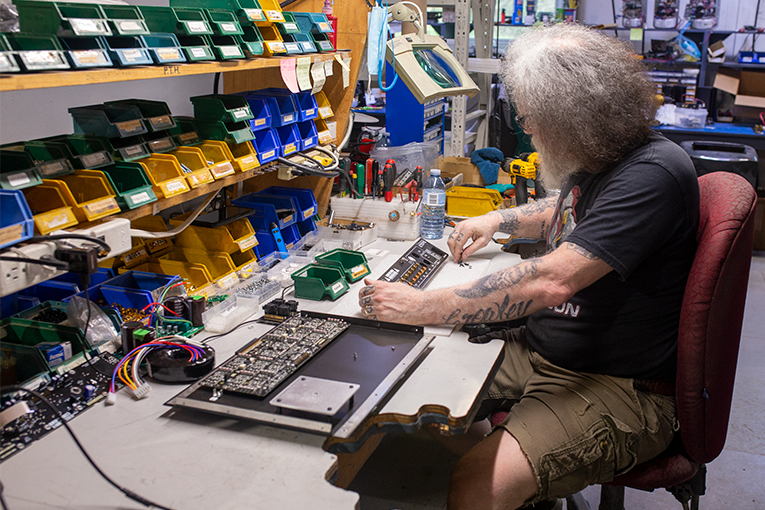 When the Bryston sale was announced, many people worried about what would become of the brand as a result of the change of hands. But what wasn’t well known at the time was that Colquhoun’s purchase of the company would not only allow it to survive—it would also allow it to grow.

Colquhoun is adept at manufacturing, something I learned when I first went to Axiom over 20 years ago for the company’s 20th anniversary. One of the first things Colquhoun did after the purchase was to close the manufacturing part of the Bryston facility in Peterborough, Ontario, and move production to Axiom’s factory, which is about two hours north by car. Colquhoun had plenty of space in his huge factory to accommodate Bryston’s manufacturing needs, and he had some existing staff on hand who were eager to work for the brand. He also relocated some of Bryston’s Peterborough staff to Dwight, and hired some new talent. 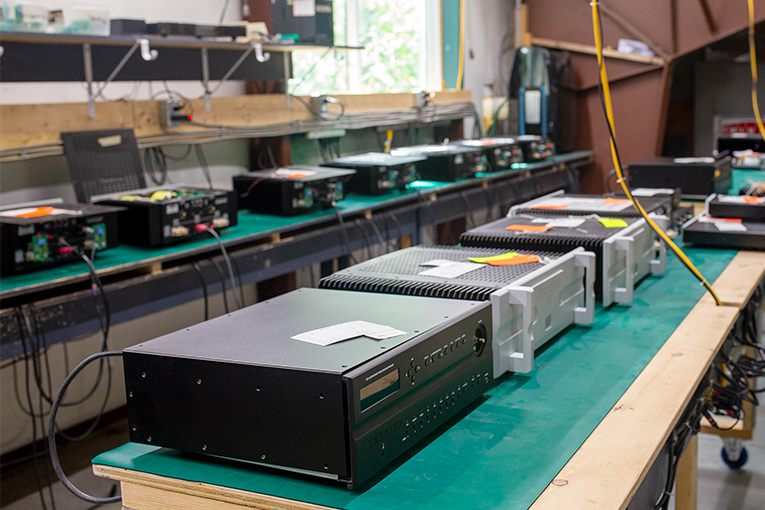 Bryston electronics being burned in

Things have worked out. When I visited in late August this year, I saw more products being manufactured than I’d ever seen during Bryston visits I made to Peterborough before the purchase or in Dwight after it. Colquhoun also came through on a promise he’d made when he first bought the company—that he’d make more of the products’ parts in-house than Bryston had done in Peterborough. That’s not to say that Bryston was going overseas for parts—the company was sourcing its parts from around Canada—but Colquhoun had metalworking and board-manufacturing capabilities in place, which Bryston is now utilizing. As Tanner puts it, “Bryston is less of an assembler and more of a manufacturer now.” And based on my most recent discussions with Colquhoun, those manufacturing capabilities will continue to expand—right in Dwight. 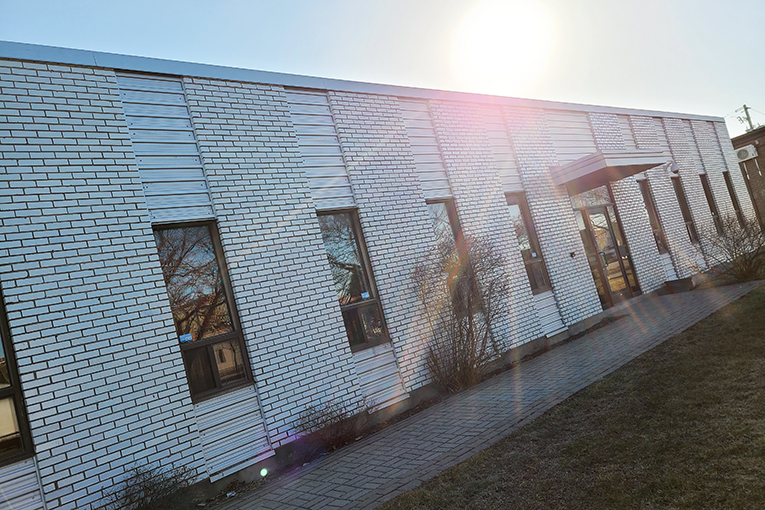 The main entrance to Simaudio

I’ve visited Simaudio a few times this year, but I spent the most time there in early April, when we shot the video content for the company’s first loudspeaker. The Voice 22 isn’t being manufactured in Sim’s facility, because the company doesn’t have the proper equipment to do so. Instead, it’s manufactured in Indonesia by a company that is skilled at making loudspeakers. This is something that the company has been truthful about—even mentioning it in one of our videos, which went live the day of the product launch—but has also taken a little bit of flak for it; like I said at the beginning of this article, many audiophiles do prefer products that are made in-house. But knowing what I do about speaker-making, Sim made the right move—it requires a different skillset and equipment to make speakers than it does to make electronics.

When it comes to Simaudio’s electronics manufacturing, that’s all done in the Boucherville facility, a place that’s as impressive as it gets in hi-fi, anywhere in the world. Besides the electronics assembly and testing that’s always been done in-house, the company has had its own metal shop for decades, and recently started manufacturing its circuit boards in the factory—this was previously outsourced to a Quebec-based vendor. Dominique Poupart, who leads product development at Simaudio, has told me on several occasions that the more parts they can make in the factory the better, because they can ensure stricter quality controls. 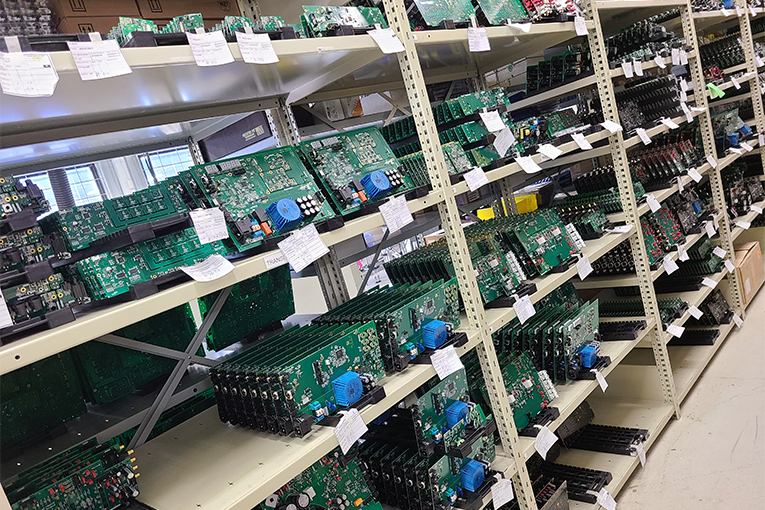 Simaudio suffered a similar tragedy to Bryston’s—about a year after the death of Brian Russell, Simaudio CEO Louis Lemire died. Lemire co-owned the company with Costa Koulisakis and Thierry Dufour. After Lemire’s death, Koulisakis and Dufour became the owners. Koulisakis decided to retain his current position, which involves training dealers around the globe, but Dufour, who was leading the engineering department, wanted to take on the role of CEO. As far as I can tell, as CEO, Dufour hasn’t done anything to limit Simaudio’s in-house manufacturing. In fact, since he’s an engineer at heart, he’ll probably want to expand it, which bodes well for the brand—and for those who desire made-in-Canada products.

The debate over where a product is made, and if it matters, will undoubtedly rage on; there are no easy answers to the questions of what’s right and what’s wrong when it comes to making things. But for those who like it when a company manufactures in its home country under its own roof, I can assure you that when you see an EMM Labs, Meitner Audio, Bryston, or Simaudio product marked with “Made in Canada,” it’s true—because I’ve seen what happens at those places with my own eyes.